Esports Game Series: How to Get into Overwatch

Explosive action, team-based communication, and fascinatingly rich lore. Here’s what you need to know to strap into Overwatch. 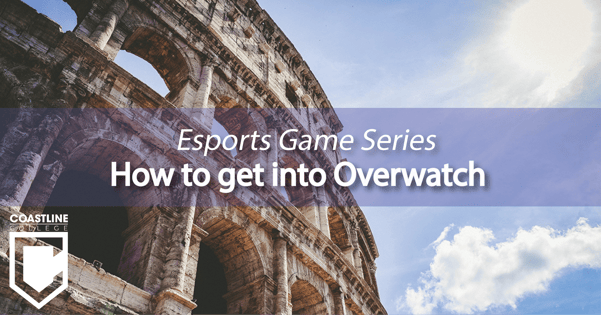 “Never accept the world as it appears to be. Dare to see it for what it could be”. Believe it or not, this inspirational line is given from Winston, a genetically engineered peaceful gorilla who was raised on the moon who inevitably grows up to become one of the leaders of the world-defending organization Overwatch. That is just one of many exotic characters brought to us by the incredible esports hit game Overwatch.

Overwatch is Blizzard’s team-based first-person shooter with a diverse cast from all over the world facing off against each other over the backdrop of a global robotic takeover crisis. From the creators of World of Warcraft and Diablo, it is no surprise that Overwatch, aside from gorgeous cinematic masterpieces with deep world building elements, is successfully fun and challenging. Here is the what, the how, and the why behind Overwatch. 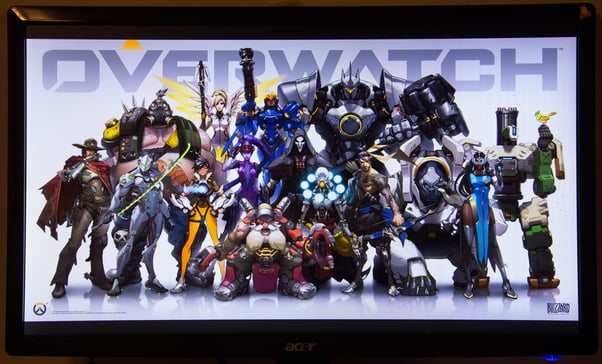 Before diving into how to play Overwatch, first, we must understand what Overwatch is. From the integrated team work to the expansive lore, Overwatch has something for everyone.

Like I stated before, Overwatch is quite simply a team-based online multiplayer game where teams of six go head-to-head over various modes and maps. Some of the modes include Assault, where two control points are attacked and defended by either team, Escort, where one team needs to move an objective to a delivery site while the opposing team tries to stop them, and Elimination, where heroes from each side try to be the last person standing. No matter what mode or map variant you play on, Overwatch consistently delivers high octane action and fun individually and as a team.

An aspect that sets Overwatch apart from other esports games is its well written in-game history for each character and the world at large. Overwatch is set in a futuristic world with scientific and technological advancements. After robotic machines called Omnics started a world war, the Overwatch initiative was born to fight back. After the war ceased, a terrorist organization called Talon, hell bent on their manifesto that humanity is stronger in conflict than in peace, emerged. With a returned global threat, Overwatch was reborn to fight for humanity.

Each and every member within Overwatch has a unique and interesting backstory. For example, Genji and Hanzo are Japanese ninja and samurai brothers who battle with each other over family pressures to a point that Genji was killed by Hanzo. But later, he was reassembled thanks to the cybernetic technologies of Overwatch. At first a prominent leader in Overwatch, after internal power struggles, Reaper, a leader in the Talon organization, lost his body. But, through scientific experimentation, his cells began to “simultaneously decay and regenerate at a hyper-accelerated rate”, making him be able to wisp in and out of thin air as a black mist on the battlefield. Pharah, with losing her parents, fueling her desire to join Overwatch, Tracer’s delicate dance being stuck in a time loop, or D.Va, a professional gamer being chosen to fight in a mech suit in order to protect Korea from the Omnics invasion. All of these stories barely scratch the surface of the extremely inventive and intentional lore behind the game. 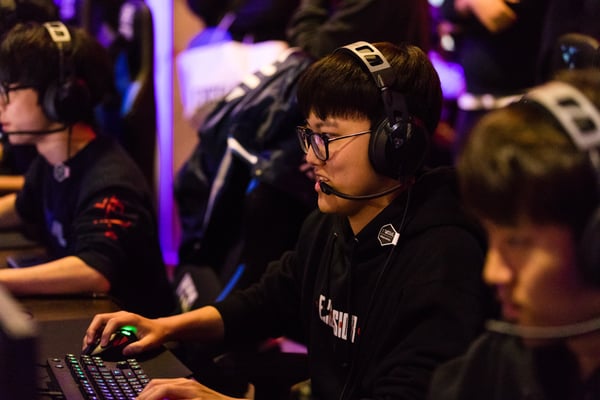 How Do I Play Overwatch?

Overwatch has an assortment of different heroes. Each character has designated guns, abilities, and perks unique to them, making team coordination different every game. One hero may have a sniper rifle whose bullets heal their own team members while another hero wields a rocket-propelled hammer and a coat of armor. Depending on what your team needs, any arrangement of heroes can team up and tear down the enemy. Coastline’s Esports Club’s Gemina Diaz’s (who goes by Grenashi#1152) favorite character is Genji. She loves Overwatch because “each character is unique with their own fighting style and strengths and weaknesses”. She notes that it is easy to fall in love with different characters because of their unique personalities, background, fighting techniques, and appearances.

Why Should I Play Overwatch?

Besides being a whirlpool of exciting action, Overwatch offers camaraderie and high performance esports for those looking for a challenge.

One thing that Overwatch offers that other games try to emulate is the level of team play. The most successful Overwatch teams always stick together during battle, since each character has flaws that can only be covered by your other team members. If you run off on your own, the other team (if they are working in a succinct group) will hunt you down and eliminate you without a problem. Team positioning is also very important; having your tank up front, the damage heroes behind, and the support in the back is essential for group success. With all of these elements running together in the middle of a hectic arena, its no wonder that Overwatch requires tight teamwork, yielding great camaraderie.

Similar to the Call of Duty League, the Overwatch League has around twenty teams worldwide, granting players healthcare, retirement plans, housing, and a minimum of $50,000 salary before prize money winnings. The Overwatch Grand Finals in 2019 split $3.5 million dollars between the top eight winning teams, with first getting $1.1 million. The minor league is called Overwatch Contenders, which feeds players into the League teams after offering prize money of their own. Also, while writing this blog, the 2021 season Overwatch League schedule has been released, with a tantalizing $4.25 million dollars to be distributed towards winners. The level of play is extremely intense in this rank, but massively rewarding.

Whether you’re looking to pal around with some friends or climb the ranked ladder towards the Collegiate Overwatch League and beyond, Overwatch is a highly successful game in offering fun, teamwork, and competition. And, with Overwatch 2 right around the corner with news from BlizzConline, there is plenty more to get excited about. Choose your hero and fight with (or against) Overwatch!

The Next Generation of Gaming: Console Wars! PS5 or Xbox Series X (or Neither?) - Coastline College Blog

Bigger, brighter, and better than ever, the new video game consoles are here! Let’s dive into the...

One of the most successfully popular games out there! If you aren’t already, here’s how to get into...