Films to Start the Conservation Conversation this Earth Day

Conservation can't start without conversation. This Earth Day, get the conversation started with this list of poignant and engaging films!

Ever since I was a kid – and both my parents can attest to this, as well – I’ve grown up with a strong connection and appreciation to the Earth which has stayed with me into my current adult years. Now, let’s pause after that statement because I want to point a few things out while that’s fresh in your mind.

Why am I divulging all these things to you? Some of you are probably judging me, possibly even calling me a hypocrite. How can I say I love the Earth when I commit such infractions? Well, the answer is pretty simple, really – I’m human. I may forget to turn the faucet off at times – but the times I do remember about it, I do. I may not be vegetarian, but I do try to stay conscious of where my food is coming from, support local farmers as often as I can, and ensure any seafood I eat is always sustainably caught. My car isn’t electric or a hybrid, but I do carpool whenever possible, if I forget my reusable bags I recycle the plastic ones I end up using, and I make sure to carry my own reusable straw with me if I’m getting something to drink somewhere.

While I have every respect and admiration for those who can devote so much of their lives to caring for this wonderful world and completely support them 100%, I myself am not an "Earth Warrior." And that’s okay. Like every army, there will be the star soldiers and specialty warriors, but there will also be the en-mass infantry support. That’s where I am, and if that’s where you think you fall, too, that’s wonderful! The Earth needs every type of fighter it can get on its side. So, as an everyday foot soldier, what can you do for the Earth that will still have an impact?

Luckily, one of the best ways to fight for the Earth also happens to be one of the easiest, and that’s simply spreading awareness. The more people talk about something, chances are the more they’ll grow to care about it. What’s something that people talk about nearly every day? Movies! If you have a message to spread, movies, TV, the entertainment industry as a whole is possibly the most powerful avenue to get that message out there, only being overrun in recent years by social media. This Earth Day, I invite you to gather the family, host a movie night with friends, and sit down to enjoy some of these films. The next step, though? I challenge you to then talk about them. Talk about what they make you feel, what they taught you, what they opened your eyes to, and – most importantly – what they’ve inspired you to do.

Films for the Whole Family

It’s understandable that some facts about the Earth and its state can be a bit scary for children – and that’s something truly unfortunate to write. That also means that the sooner we can start teaching our children to care for the natural world, hopefully, some of those scary statistics can start to become less scary. These films are some of the best out there that highlight the beauty of our world while also teaching some valuable lessons about conservation that are poignant, understandable, and relatable to all ages. 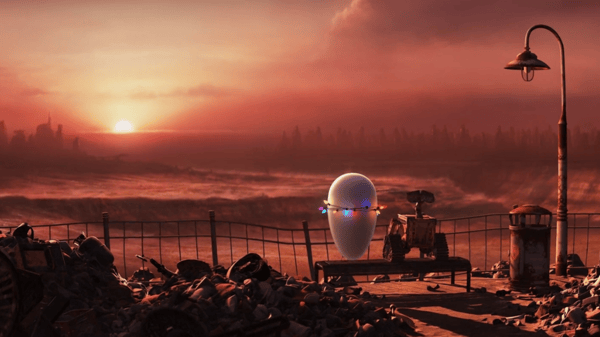 WALL·E (G): In the distant future, a small waste-collecting robot inadvertently embarks on a space journey that will ultimately decide the fate of mankind. Few films address the potential repercussions of the massive, out-of-control amounts of waste that we’re still struggling to find solutions to better than WALL·E. Add in some adorable robots, an easy-to-follow and engaging storyline, and par-for-the-course stunning animation from Pixar and you have, what I think, is one of the best environmental movies made in recent years.

FernGully - The Last Rainforest (G): The magical inhabitants of a rainforest fight to save their home, which is threatened by logging and a polluting force of destruction called Hexxus. A personal favorite that triggers some massive childhood nostalgia for me, FernGully is a hidden gem in the world of animation that often (wrongfully) gets overlooked since it had to contend with Disney-golden-years heavyweights like The Lion King and Beauty & the Beast when it was released in 1992. It manages to take the message of “Save the Rainforest” and spin a beautifully told, fun, and fantastical tale with memorable characters, magical animation, and one of Robin Williams’ best vocal performances of his career (next to his iconic Genie, of course).

Further Exploration: Any of the Disneynature films (such as Oceans, African Cats, and this year’s Polar Bear that releases this Earth Day), Netflix’s Our Planet series, National Geographic’s Sea of Hope.

Films to Make You Think

Sometimes based on a true story, sometimes set in a fictional world, sometimes set in our world but hundreds of years in the future, films can take the concept of saving our world and apply it in a variety of interesting and thought-provoking ways. Check out some of these films that are sure to have you looking at conservation in a new light and pondering our future. 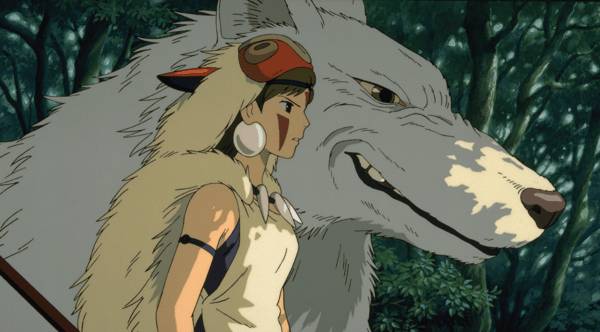 Princess Mononoke (PG-13): On a journey to find the cure for a Tatarigami's curse, Ashitaka finds himself in the middle of a war between the forest gods and Tatara, a mining colony. In this quest, he also meets San, the Mononoke Hime. Princess Mononoke is one of the most magical films you will probably ever see in your lifetime. The animation is other-worldly beautiful (as to be expected from Studio Ghibli), the characters are majestic and will stay with you long after the film is over, and the storyline is poignant and eye-opening. Even though this is an animated film, as you can guess by the PG-13 rating I wouldn’t recommend this one for the littles due to some incredibly powerful imagery, but pre-teens and teens are sure to be captivated by this stunning film. Personally, I think it’s one of the best films to start getting young minds thinking about the natural world and how we as humans affect it.

Into the Wild (R): After graduating from Emory University, top student and athlete Christopher McCandless abandons his possessions, gives his entire $24,000 savings account to charity, and hitchhikes to Alaska to live in the wilderness. Along the way, Christopher encounters a series of characters that shape his life. While not specifically about environmentalism or having a clear message of saving the Earth, Into the Wild is a film that will still open your eyes to the value of nature in comparison to the overabundance of consumerism that runs rampant in today’s society. While you don’t have to abandon your savings and all aspects of your life and set out to live alone amongst nature, it will still have you thinking about ways you can connect to nature and bring awareness to how much you might be consuming and, by extension, contributing to the challenges the Earth is facing.

The Day After Tomorrow (PG-13): Jack Hall, paleoclimatologist, must make a daring trek from Washington, D.C. to New York City to reach his son, trapped in the crosshairs of a sudden international storm that plunges the planet into a new Ice Age. Don’t let the critics’ reviews scare you away from this one. While it may not be an Oscar-worthy film, it’s certainly a memorable blockbuster of a disaster movie that will undoubtedly have you giving serious consideration to climate change. With an A-List cast giving some great performances, strong visual effects, and a solid storyline, The Day After Tomorrow is an eye-opening movie providing the proverbial “what if” scenario to get your brain in gear about climate change.

Sometimes films can go a step further than just making you think and actually instigate action – for many documentaries concerning conservation, that is the primary goal. While talking about the issues the Earth faces is a big step in the right direction, ultimately, it’s action that is needed. These documentaries are some of the most powerful exposés made in recent years and carry much of the same message, be it about endangered species, the Earth’s natural resources, or the world as a whole – if we don’t do something now, soon there may not be anything left to save. 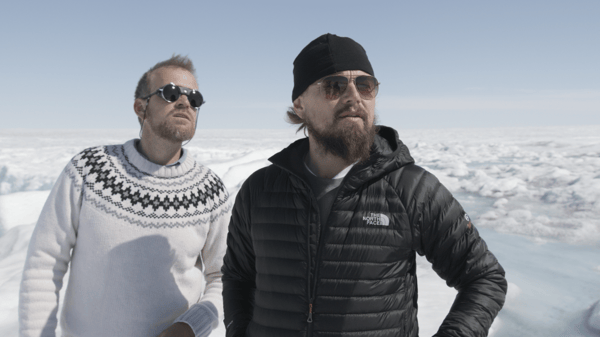 Before the Flood (PG): A look at how climate change affects our environment and what society can do to prevent the demise of endangered species, ecosystems, and native communities across the planet. There’s no argument that Leonardo DiCaprio has graced us with countless phenomenal performances throughout his career. It so happens that one of his greatest contributions isn’t even a performance at all, but instead a truthful journey he takes us on as he investigates global warming and climate change, what’s being done about it, what’s not getting done about it, and what we need to do about it to save our world. For those who couldn’t make it through the politics of 2006’s An Inconvenient Truth and have had their views on the reality of global warming tarnished from it, I urge them to give Before the Flood a chance. The visuals alone of what is actually happening on our planet, at this very moment, will be enough to have you reconsidering.

The Cove (PG-13): Using state-of-the-art equipment, a group of activists, led by renowned dolphin trainer Ric O'Barry, infiltrate a cove near Taijii, Japan to expose both a shocking instance of animal abuse and a serious threat to human health. Given that we’re the Coastline Dolphins, my recommendation for this documentary is a layer deeper than just a recommendation and is accompanied by a personal plea. To this day, 13 years after this film was released, dolphins are still facing unbearably cruel mass hunts and abusive captive situations. The Cove is an eye-opening and, to put it bluntly and honestly, rage-inducing exposé of the savagery humans can impart on the Earth’s species, and the consequences of that savagery. I will warn you now, a film like this is not for the faint of heart. Unfortunately, though, that’s its purpose – to shock you into action to fight for not just dolphins, but all species suffering at the hands of humans. 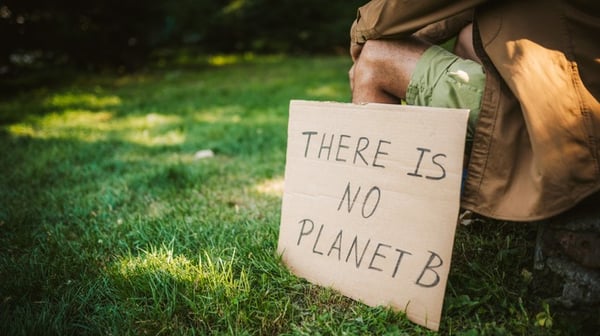 As I said earlier, the easiest first step to take in advocating and fighting for our planet is to start the conversation. I hope some of these films get that conversation flowing between you and your families, friends, or even strangers you don’t even know. Don’t be afraid to start speaking up for this beautiful, mysterious, majestic world of ours. Remember, there is no Plan(et) B - this is the only one we have, and it needs our voices!

My extended conversation with Timothy Clark, world-renowned painter and a former Coastline...