Black students and staff at Coastline talk about what Black History Month means to them, in February and beyond. 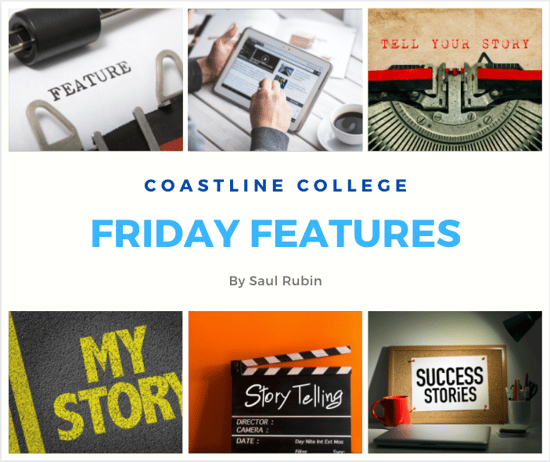 In his unfinished manuscript, Remember This House, which became the basis of the award-winning documentary I Am Not Your Negro (2016), James Baldwin writes: “History is not the past. It is the present. We carry our history with us. We are our history.”

As February draws to a close, it’s worth taking these words to heart and to mind, to remember a few things: just because February ends doesn’t mean Black History Month does; you can and should always pick up a book by Black authors, such as Toni Morrison, Colson Whitehead, Octavia Butler, James McBride, James Baldwin, and many others. You can and should always be willing to have a conversation, to see things a different way, to volunteer your time, and to stand silent and listen, to make space for others to talk.

Some of the Black students and staff at Coastline have generously offered to answer a few questions about Black History Month, what it means to them, what achievements of Black cultural history they are most proud of, and more.

I’ve also included a booklist: a number of novels, non-fiction, and poetry. It's not definitive; in fact, the exact opposite, completely incomplete, as all lists and canons end up being, particularly when the subjects and authors are marginalized voices. There are innumerable other stories to read and indeed tell. 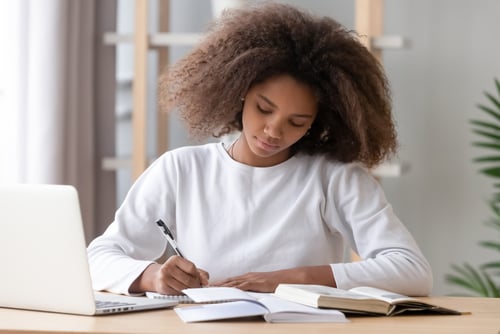 Communications student Larenzo Giden wrote that he was “unsure exactly” what Black History Month meant to him, but that motivational speaker Les Brown was a modern role model. To Larenzo, being Black meant being a “champion,” which recalls some of what Serena Williams (who is my dictionary definition of an absolute champion) has said of being a Black woman in tennis: “I definitely was scrutinized because I was confident. I was Black and I was confident. And I am Black. I am confident.”

Dr. Dana Emerson, Dean of Instruction, wrote that “Black History Month means celebrating achievements and contributions by Black people that are often veiled, silenced, or ignored.” Renate Daves, Director of Human Resources, added “Black History Month is a time set aside to acknowledge the tremendous contributions African-Americans have made to the growth, culture, and prosperity of the United States.”

If you took away the number of trailblazing, pioneering Black artists, musicians, activists, writers, athletes, academics, government officials, and more, the United States, really the world at large, would be a significantly emptier place, bereft of joy, soul, worthy questions, critical answers, and some of the monumental cornerstones of American and global culture. One such example is Marsha P. Johnson, a leading transgender activist who played a critical role in the Stonewall riots of 1969 (and the gay rights movements that followed). 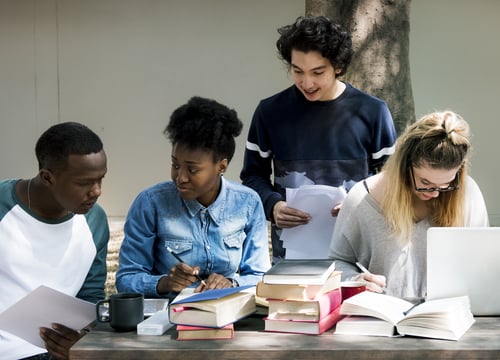 Dr. Emerson also wrote that Black History Month “promotes reflection and progression.” The chance to reflect on what has come before gives us the opportunity to work toward something better. Dr. Emerson said it thusly: “accomplishments of the past lend hope for accomplishments of tomorrow.” Dr. Emerson’s words are a reminder that pursuing equality and equity is not a concluded task. Discussing history is a means of discussing the present and therefore how we shape the future.

In her response, Leighia quoted groundbreaking politician Shirley Chisholm: “If they don’t give you a seat at the table, bring a folding chair.” Leighia wrote “I live this motto—I teach this to my students, that no matter how many doors are closed, you have power.” Leighia continued by saying: “Today, I believe that Black and African-Americans not only have a seat at the table, but we have built our own.” 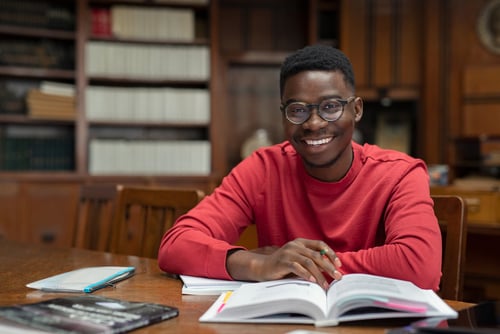 Here are some books, recently published and decades old, non-fiction and fiction, literary and genre, by Black authors. Without a doubt it’s an incomplete list, just scratching the surface. Enjoy them, think about them, discuss them.

Blacktop Wasteland (2020) by S.A. Cosby – Neo-noir, thrilling, gritty, melancholic are just a few of the words you could use to describe this New York Times Notable Book of 2020. The story of a man out on a limb in the heart of Appalachia, trying to bring his family out of poverty and forced to commit one last crime to do it.

The Hundred Thousand Kingdoms (2010) by N.K. Jemisin – The first of a trilogy about a power struggle in a fantastic floating world. Jemisin was honored in 2020 with a MacArthur ‘genius’ Grant and this debut novel is testament to her deft storytelling.

The Selected Works of Audre Lorde (2020) by Audre Lorde, edited by Roxane Gay – The most recent compilation of poet, activist, and author Audre Lorde’s work. Lorde contemplates what it means to be a “‘Black, lesbian, mother, warrior, poet,’” in a batch of sometimes cutting, always wonderfully evocative and engaging essays and poems.

The Color of Water (1995) by James McBride – The subtitle of this memoir is “A Black Man’s Tribute to His White Mother” and is about McBride’s relationship with his mom and family. It spent two years on the New York Times Bestseller list.