During Women’s History Month, let’s take some time to celebrate some of the many women in higher education and their tremendous impact on learning.

Harriette Cooke was the first woman in the United States to teach college as a full professor, with equal salary to that of her male peers. This was in 1871, nearly 50 years before the passage of the Nineteenth Amendment, which prohibited denying someone the right to vote on the basis of sex. Harriette Cooke had a hand in molding the habits, minds, and morals of her likely White male students, perhaps teaching them lessons and ideas that would shape the way they themselves voted. But she could not participate fully in the U.S.’s supposed democratic society. Harriette Cooke died in 1914. She would never vote in a presidential election. Still, she lent her voice to democracy in the way she could.

To celebrate Women’s History Month we’re going to feature a few of the female staff and faculty of Coastline who lead, inspire, and teach. These professors guide students into the future, which by definition is an uncertain, unruly place. And these professors do it with aplomb, insight, and hope, as well as experience too.

Dr. Deborah Henry, M.D., who teaches Biology at Coastline, as well as serves as President of the Academic Senate, became the 35th board certified female neurosurgeon in the United States in 1995. “During residency, everyone knew who I was simply because of my gender, and how I was viewed and treated was often related more to that than my knowledge or skills.” Dr. Henry wrote that listening is twice as important (considering we have “two ears and one mouth”) as talking. “It is important to bring everyone to the table to hear all the voices before making decisions.”

Professor Stacey Smith teaches Business and Economics at Coastline, after graduating from UCSB (where she played D1 volleyball). She wrote that her students teach her things “every single day.” Professor Smith’s strategy is to connect her lessons to real life. Helping students see the overlap between a concept and the real world helps cement it in their minds and leads to “‘lightbulb moments.’” “Mistakes are absolutely necessary to improving ourselves,” wrote Professor Smith, and she challenges herself by “experimenting with different teaching methods.”

Professor Smith advised that students should “seek out opportunities!” “You never know how an opportunity will help you later down the road,” Professor Smith wrote. She also advised students (and people in general) to be communicative: greet others whenever you can, meet new people (even when it’s stressful), and email your professors with questions and thoughts. Finally, Professor Smith touched on mistakes again. “Failing allows us to reassess what we did and take action to achieve a different result in the future.” In that sense, Professor Smith’s point might be that making a mistake isn’t failure and that failure itself isn’t actually, well, failing. It’s opportunity. 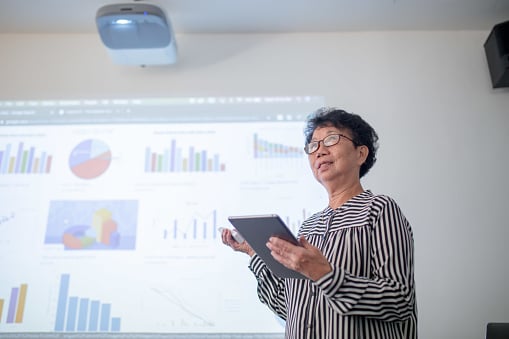 Dr. Laurie Runk, PhD, CSCS, is the Department Chair of Health Sciences at Coastline; she received her Master’s in Exercise and Wellness and her Doctorate in Physical Activity, Nutrition, and Wellness, both from Arizona State University. Dr. Runk became passionate about health and wellness after being born with a growing disorder. She wrote that “the best part about courses within the Health Sciences Department is the applicability to all students.” Indeed, we all need to figure out what healthy habits and strategies will work for ourselves going forward.

“Helping people live longer, happier, and healthier lives” is the intent of the Health Sciences curriculum. Being born with a growing disorder, it was a healthy diet and active lifestyle that ultimately supported Dr. Runk in high school and college and led to her lifelong passion for wellness as well as “anything outdoors,” particularly “sailing, fly-fishing, skiing—both water and snow,” and gardening and piano, which she noted are all good activities for relieving stress.

Lisa Lee has taught math at Coastline since 2001 and has been teaching at colleges for more than 29 years. She was “Teacher of the Year” at Coastline in 2007, and “earned a Doctoral Degree in Higher Education Leadership, Master’s Degree in Mathematics, and two bachelor’s degrees, one in Mathematics and the other in Computer Science.” She helped steer the Coast Community College District’s mathematics curriculum, and has lived and taught in Taiwan, Brazil, and the United States.

She wrote that her personal journal revealed an important lesson: “If I cannot understand the feelings of others, I cannot understand myself.” She has pursued teaching with that in mind, to help and understand her students achieve their goals and growth. students shy away from math as a subject (perhaps remembering their days in middle or high school). But Professor Lee uses “real-world” examples to illustrate her points as well as tells her students: “You can do it. If you do your best, I will stand by you to see you make it.” 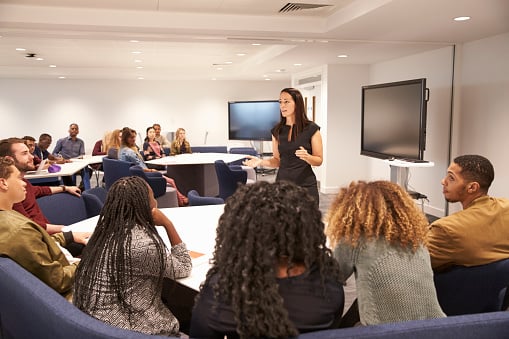 All of these professors have shaped the lives of their students. There is no denying that, aside from perhaps our friends and family, our teachers are some of the most instrumental and instructive forces in our lives. That is why it’s important to have empathetic and insightful professors. Higher education is a challenge, but it is also a different kind of challenge for each student. Professors, like the four featured in this blog, understand that. They may teach different classes and subjects and they may employ different teaching approaches, but, at the end of the day, the goal remains the same: inspiring, teaching, growing.

March is Women’s History Month; since Coastline is a college, we thought it was worth writing about...

Friday Feature: Women Of Color are Changing the Esports Game

Katherine Amoukhteh and Dana Emerson are breaking down barriers and paving the way for the future...