It's time for part two of showcasing our esports club members of Coastline College. In part one I spoke with club president Sheila, and Valorant team captain George. For this blog I spoke with Jay and Vy of the Coastline esports club. Jay serves as the vice president of the club and Vy is the club secretary. In Jay's spare time he loves shoutcasting and is a big super smash player. When I first heard Jay shoutcasting, I thought to myself “I wanna talk to this guy, because I love the way he sounds.” After I spoke with Jay, I turned my attention to Vy, one of our high caliber Valorant players! Vy is an avid valorant player and plays on our Valorant team. Watch out for her in the Valorant collegiate scene!

At Coastline we are lucky enough to have students such as Vy and Jay involved with the esports club! They bring with them the enthusiasm and drive to make the club function properly. Jay has been practicing shoutcasting since he was a freshman in high school. If you are unfamiliar with the term shoutcasting, it is the equivalent of being a broadcaster. At our tournaments Jay is busy shoutcasting the games that are live on twitch. He has a strong understanding of the games we play here at Coastline. 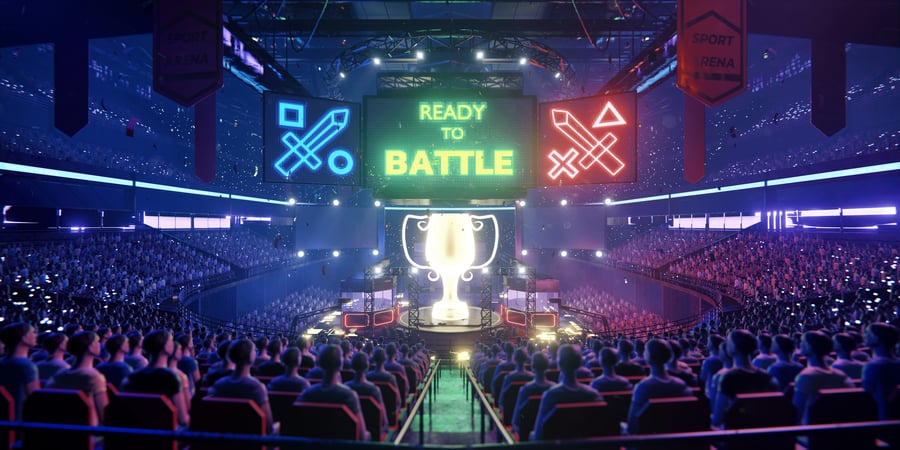 This gives Jay a unique perspective on the matches, giving viewers great insight. His ability to provide play-by-play, and give the audience some color commentary makes him a dynamic shoutcaster. I believe that Jay will evolve further with his skills and could become a great shoutcaster in the esports world.  He always emphatically announces big plays when they happen and gets emotionally involved with the match. When I first heard Jay shoutcasting, I thought to myself “I wanna talk to this guy, because I love the way he sounds.” After I spoke with Jay, I turned my attention to Vy, one of our high caliber Valorant players!

Not many Valorant players have the capability that Vy does.

The first time I spoke with Vy she was very friendly and totally into Valorant! I got the sense that Vy was working on becoming a great Valorant player. She was definitely putting in the time to compete at a high level and her knowledge of the game was incredible! She practices playing Valorant daily, sometimes for 5-6 hours a day, and that's with being a full-time student. At the professional level of Valorant play, players are practicing for up to 10 hours a day! Then they have to review their matches and practices - a lot of analysis takes place. Vy tries to imitate the techniques of professional teams by reviewing her own game film as well! The Coastline Valorant team practices with each other weekly, and the players practice by themselves often as well. Vy was able to explain to me in full detail how to secure a win in a 1v3 clutch situation. She explained to me, “never lose composure, anticipate where the enemies will be, and don't give up.” Currently, Vy is our only female player on the valorant team. That is a seriously rare and unique thing about our esports Valorant team. 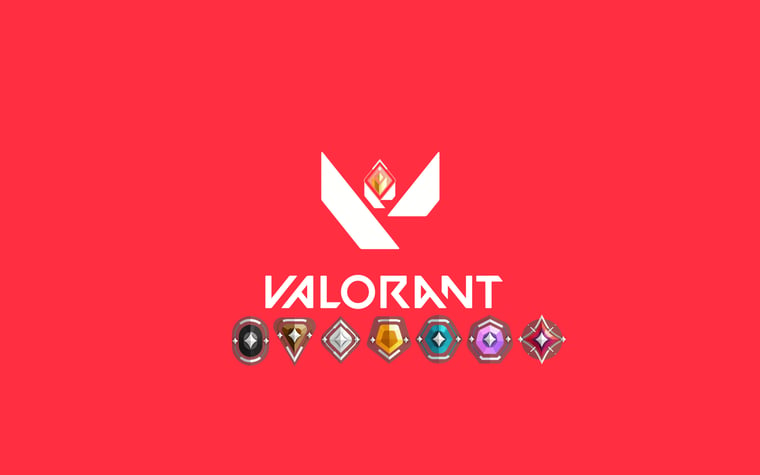 Almost all collegiate and professional esports teams are only males - and girls are on separate teams. That doesn't stop Vy from trying to become the best Valorant player she can be! Vy’s passion and enthusiasm for Valorant will lead her to becoming a highly skilled Valorant player. She might even be able to break into the rank of Radiant! If you are unfamiliar with the ranking system in Valorant, Radiant is the highest rank in the game. The ranking system starts at Iron and progresses with the following: Bronze, Silver, Gold, Platinum, Diamond, Immortal, and Radiant. Both Jay and Vy are doing a great job of assisting the esports club with its organization and ongoing events.

Take a look at my conversation with these two dynamos:

Max: how did you get interested in gaming and esports?

Jay: I got into it by playing smash bros competitively. I began to attend tournaments and further understand there is an entire field of esports for nearly any game.

Vy: I recently have gotten into gaming this past year. Growing up, I played Animal Crossing and The Sims but nothing competitive. I saw all of my friends playing Valorant and decided to give it a try not knowing it would spiral into a deeper love for video games.

Max: How long have you been students at Coastline College?

Jay: About a year and a half now

Vy: I have been a student at Coastline for about three years.

Max: What are your majors?

Jay: Cyber Security is my major

Max: How did you hear about the esports club?

Jay: I got an email after marking it as an interest when doing the club rush email.

Max: How can fellow students find out more about our club?

Jay: Social media presence, and putting our name out there in correlating majors.

Max: What do you think is in store for the future of the esports club here at Coastline?

Jay: The club has plenty of room to grow and expand its number of teams, along with school.

Vy: I believe the future of Coastline’s esports club will be a great hub to connect with fellow gamers from our college.

Max: What is your favorite game and favorite food?

Vy: I bet it comes as no surprise but my favorite game is Valorant. My favorite food is Japanese Curry, specifically from CoCo Ichibanya.

Max: When did you first start shoutcasting?

Jay: I started shoutcasting my freshman year of high school. So that's about 6 years ago now

Max: What are your responsibilities for the esports club?

Vy: I am the club secretary. I document our club meetings and am responsible for the club’s finances. 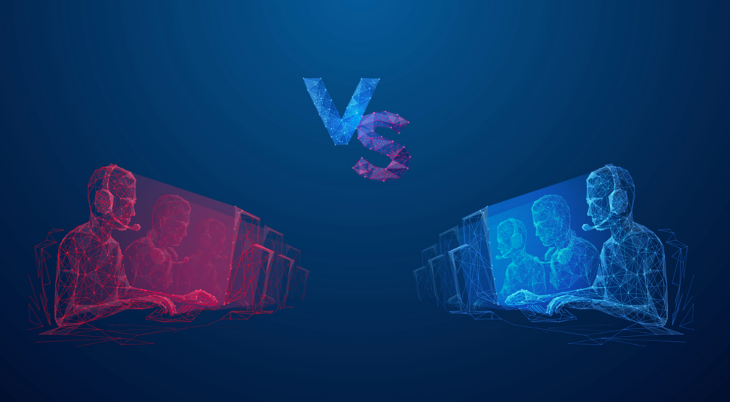 Max: I have heard that you are a shoutcaster, can you please explain to our readers what shoutcasting is?

Jay: Shoutcasting is the equivalent of the sportscasters you hear when watching any sport, except in this sense its pertaining to esports competitions.

Max: What advice would you give to girls and ladies wanting to get involved with gaming and esports?

Vy: Men don’t have a monopoly on video games and esports. It is easy to get intimidated in a male-dominated hobby but try not to get discouraged! Gaming is so much fun and I wish I had gotten into it sooner. 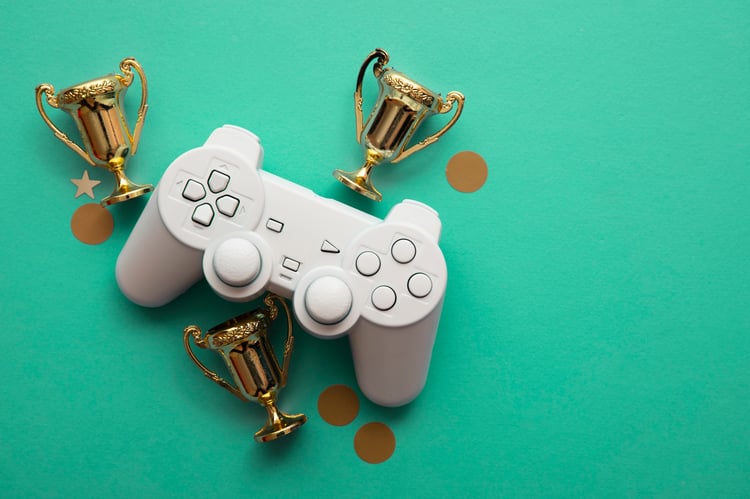 Max: what advice would you give to fellow students who are interested in shoutcasting but aren't sure where to start…

Jay: Go to local tournaments, throw your hat into whoever is running and offer if there are any spots available. They might take your attempts and find you a spot if you keep a positive attitude!

Max:  do you have plans to stay involved with esports once you transfer?

Vy:  Of course I do. Esports is so entertaining. I can’t imagine giving it up.

If you are serious about an esports career, here are some takeaways from part 1 and 2 of the interviews I have done recently of the players:

Forget the image of a sulky video-gamer alone in his bedroom with a computer and three days' worth of pizza boxes. Now that esports -- live video game competitions -- is an officially sanctioned sport, young game enthusiasts are moving into the spotlight. These kids aren't just taking over computer labs across the country; they're changing what it means to be a student athlete. And while you may not relish the idea of kids spending even more time playing video games, pro gamers can make big bucks -- and top student esports players can even win a scholarship to college (not at Coastline - yet).

Esports has been around for a while. But the effort to recognize it, organize it, and reward it in the same way as traditional teams provides a structure for players.

Whether or not you're destined for video game tournaments, the recognition of esports is a cultural phenomenon is attractive as a player or fan. Learn more about esports, including the games it involves, the training it takes to be competitive, and whether you got what it takes to play and win.

Are you curious about the world of esports? You definitely have seen the term used a lot lately....