Typically called “sandbox” games, because of their canvas of infinite creativity like a child’s sandbox, these open-world games are a blast!

Need a break from the blood pumping competitive esports games? Look no further. Open-world, free-roam, and sandbox are all frequent terms synonymous for this adventurous genre. Ranging from deep space exploration to watery wonderlands, these open-world games let you do practically anything you can dream of and lets the players make their own stories. Get lost in these unique, expansive worlds as an excellent break from your school work.

Have you ever wanted to embark on a mythical Nordic quest with your best friends? In Valheim, you do exactly that. Valheim is an open-world game where you play as a Viking banished to one of the many halls of the afterlife, called Valheim. You can play by yourself or have two to ten of your friends join your world. In this genre of games, the phrase “procedurally-generated world” is tossed around, which means that every time you start a game, you are given a completely randomized world, so no two players have the same experience. This is the case for Valheim. In this game, like a lot of other sandbox games, players have to focus on survival by eating, making shelter, and slaying enemies. There are no primary objectives or quest prompts; instead, players are free to discover at their own pace and make their own memories along the way.

My best friend and I got into this game together and it’s a breathtakingly immersive and incredibly fun game. Open-world games hand the pen and paper of storytelling to the players to write their own adventures, and Valheim is an excellent example of that. The second we started this game, we immediately began having a blast and making lasting memories. In the beginning, we started collecting wood and stones to make tools, but we accidentally stumbled into the black forest biome. We heard earthshattering thumps and crunches and turned to see a massive, blue troll barreling towards us. As we both ran for our lives toward safety, we couldn’t stop laughing because we almost became troll chow. 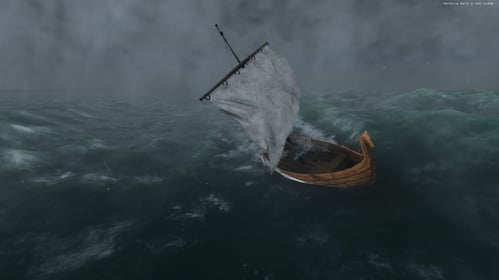 The visuals and the soundtrack are beautiful. The level to which you can build your home has a lot of geometric qualities that make it realistic and rewarding. My best friend and I continue to make unforgettable memories, like when we set sail for the first time in our Viking longboat and had to fight a sea serpent in a thunder storm, found our first skeleton dungeon, and much more. There’s so much to say about this game; just grab your friends and go play it! Valheim is available on PC.

Don’t Starve is a top-down survival sandbox game filled to the brim with diverse biomes, eclectic characters, and things that want to eat you. Survival is a key component of this game, so eating, drinking, and not getting hurt are essential to longevity. Don’t Starve is unique in that it has a sanity meter, which if you aren’t careful, your mind will play nasty tricks on you as you inevitably descend into darkness. Each world is procedurally generated and you get to start your game by picking from a cast of characters that have differing pros and cons.

Playing Don’t Starve Together with friends is remarkably challenging, but a constant fun fest. I first played this game while I was in high school with my younger brother. I still remember trying to last as long as we could in the unforgiving wilds of Don’t Starve, building walls around our base camp to keep out the hounds, befriending the local pigs to protect us from the spiders, etc. Recently, I’ve picked this game back up to play with my friends and it’s still really hard and really fun. My last adventure saw my friends and I building our first raft to sail to somewhere new, but our ship took on water fast and we sank to our watery graves. Don’t Starve Together is available on PlayStation, Xbox, PC, and Mac.

No Man’s Sky was one of the biggest letdowns in gaming history (right next to Cyberpunk 2077). However, instead of giving up on the game post launch like most other game studios, Hello Games doubled down, fulfilling their promises and them some. No Man’s Sky is an ambitious open-world space game where you can travel light speed to different planets all with randomly procedurally generated continents, plants, and animals. Since its launch in 2016, Hello Games has consistently released free updates to make No Man’s Sky the game that they promised in 2014. 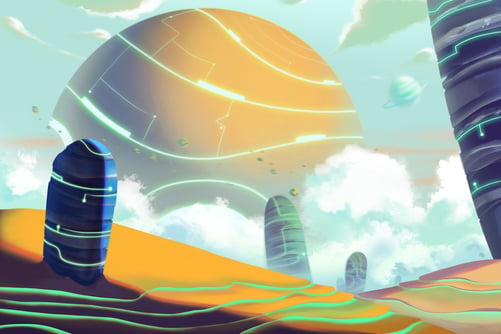 From customizable spacecrafts, planetary homes, multiplayer, VR support, and so much more, No Man’s Sky has truly become a sci-fi paradise. No Man’s Sky puts the player the captain’s seat in deciding what kind of space traveler they want to be, a tradesman, a pirate, an explorer, and obviously more. The sky isn’t the limit in this game, the multiverse is. No Man’s Sky is available on PlayStation, Xbox, and PC.

Terraria is Minecraft’s 2D cousin, and so much more. One that I haven’t gotten my hands on, but have wanted to try for ages, Terraria is an action-adventure sandbox game where the emphasis is less on survival and more on role-playing, crafting, building, exploring, and combat. Similar to Minecraft, Terraria is block based and fun with friends. 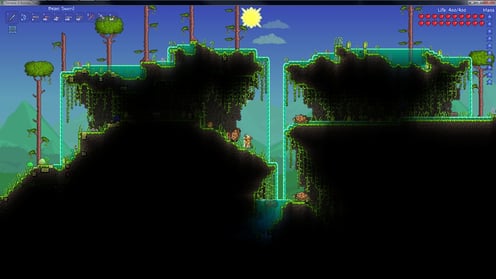 Dropping into a 2D world with a couple friends and no direct objective makes Terraria an insanely entertaining sandbox game. Terraria is special because all of the in-game systems, like the crafting and building for example, are deep, offering a lot of creativity and freedom for players. This is definitely my next open-world relaxing game that my friends and I will be diving into. Terraria is available on every platform.

Subnautica is awesome visually, sonically, and mechanically. The game starts off with your spacecraft crashing into an all-water alien planet bursting with aquatic wildlife. You begin with a few tools and an emergency life pod raft and are tasked to explore and survive. Subnautica is a single-player game (sadly), but is an amazing world that everyone should experience. Some of the things players can do as they explore include building underwater bases and vehicles, finding new alien species, and facing fears by plunging into the unknown ocean depths where goliath sized monsters slumber.

I actually felt my pulse rise when exploring deeper depths with my submarine (one of the coolest things in all of gaming) in Subnautica. Sinking deeper and deeper, I suddenly heard a monstrous roar from beyond my murky vision. Terrified, I quickly turned off the sub’s main engines and lights and waited, praying the leviathan wouldn’t mistake me for his next meal. Subnautica is full of moments like that as you explore reefs, caves, underwater mountains, lost ruins, and (like all sandbox games have in common) so much more. Subnautica is available on PlayStation, Xbox, Nintendo Switch, PC, and Mac. 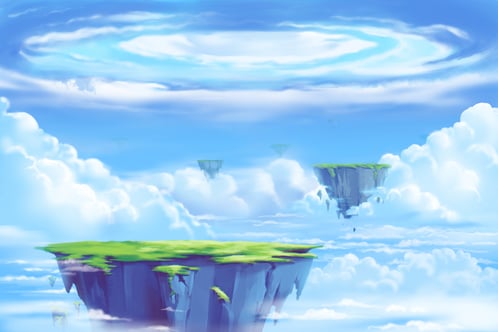 Open-world games offer players a chance to make their own stories in developed, believable worlds. Esports games like Rocket League and League of Legends are fun, but sandbox games offer a different kind of enjoyment, one that is paired often with friends. Take a break from your Spring classes and gear up for Summer classes by relaxing with an open-world game.

2020 quarantine plus the winter season equals amassing piles of blankets and bunkering down on the...

The answer is no, but here are the three reasons why. Shutterstock