Recent and Upcoming Movies and TV Shows Based on Video Games

With movies and tv shows adapting video game plots, it’s no secret that video games are in the entertainment spotlight. 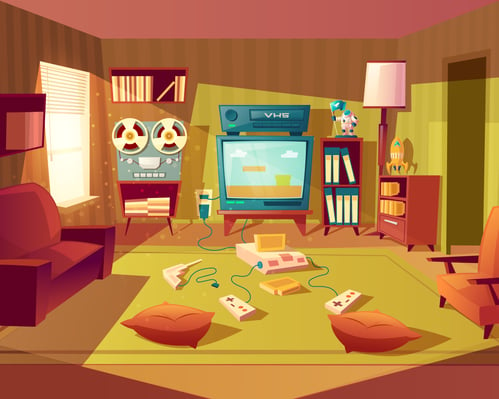 Assassin’s Creed, Rampage, Prince of Persia, Halo— heck, even Angry Birds. Video games have come to the big (and little) screen! Today, video games are a bigger, more profitable industry than the movie industry and North American sports combined. With that said, the movie and tv industries are looking towards popular video games to get a slice of the video game market for themselves.

In the past, video games have been adapted primarily to the big screen with mixed success. With video game studios creating more impactful stories with more diverse characters, movie and tv show companies are taking note. Here are the most exciting recent movies and tv shows from video games.

From the book to the video game to the Netflix show, The Witcher has a lot of story to tell. I was first introduced to The Witcher series when I played The Witcher 3: Wild Hunt on PlayStation, developed by CD Project Red, which is an incredibly immersive game with lots of attention to detail that is beloved by many (which made CD Project Red over 250 million dollars in revenue). Gerald of Rivia is The Witcher, a stoic main character, trained monster hunter for hire. The Witcher’s primary plot centers on Gerald, but also revolves around Yennefer, a sorceress, and Ciri, a young witcher in training. Though unnecessarily complicated at times, The Witcher is a bundle of classic fantasy tropes that every viewer can enjoy (and has enjoyed). The Witcher is available on Netflix and is planning on a 2021 release date for season 2.

That’s it. As you can imagine, the plot of the Monster Hunter movie is as thick as the plot for something like Godzilla vs. King Kong: CGI fight scenes. The games’ plots are the same, but they are still enjoyed by millions worldwide, which speaks to the current power video games have in the entertainment industry. Monster Hunter is available in theaters and on streaming services. 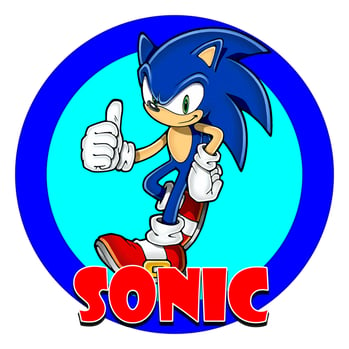 It’s not all monsters and fighting when it comes to video game movies. Sometimes, it’s cute, little monsters who… fight— okay, fine it is all monsters and fighting. Sonic the Hedgehog and Pikachu are classic video game icons that both got the Hollywood spotlight in 2019 and 2020. Since I was a kid playing Sonic Adventures 2 on GameCube at my cousin’s house to today, visiting local parks to catch a Butterfree on Pokémon GO, I can definitely attest that both the Sonic and the Pokémon franchises have earned an evergreen video game presence. 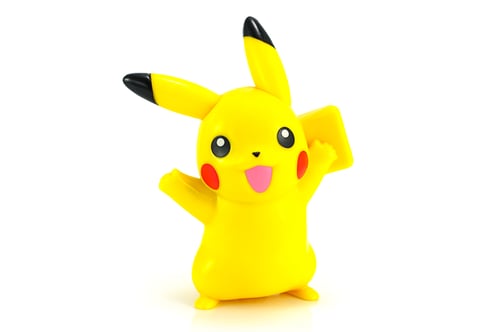 The Sonic the Hedgehog movie took the lightning-fast, blue hedgehog on a return home story set on Earth. There he encounters his nemesis, Dr. Eggman and finds his real home. While Sonic the Hedgehog told a story parallel to its games, Pokémon Detective Pikachu tells a completely different story compared to its games. Rather than following Ash as he trains his Pokémon through the world’s different gyms, the story follows Tim living in a world filled with various Pokémon as he works with Pikachu to discover how, why, and/or if his dad died. Both movies are a bundle of fun and both are available on various streaming platforms.

One of the most popular esports games ever has a new Netflix show called DOTA: Dragon's Blood. It is an animated show that features different characters from the game. The plot is also loosely tied to the game's lore, as Davion experiences a transformation from dragon hunter to dragon protector. DOTA: Dragon's Blood is available on Netflix. 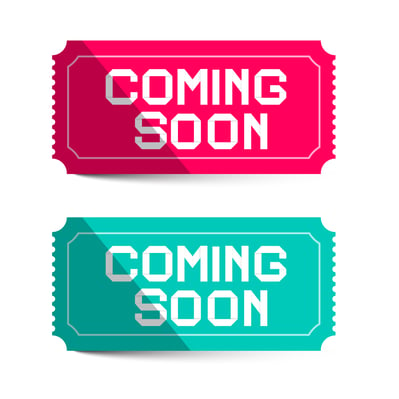 It’s really cool to see my favorite video games moving to a big and small screen presentation. I’m grateful that more people get to experience a different version of what I know and love. The upcoming movies and tv shows are what makes me really excited. 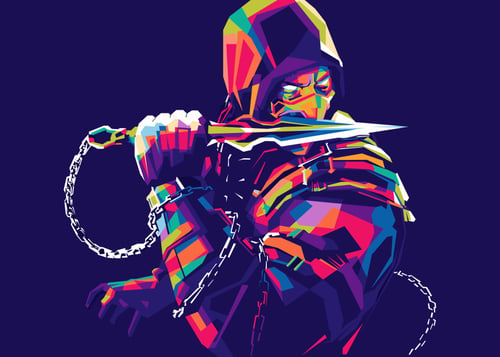 There has been Mortal Kombat movies made in the past that have seen mixed reviews, but there is a new Mortal Kombat that just came out in theaters. Mortal Kombat is an arcade-like brawler that has survived the test of time, as they are on their eleventh game. The premise is world class fighters from around the world are called to compete in a deadly tournament called Mortal Kombat to see who is the greatest among them. 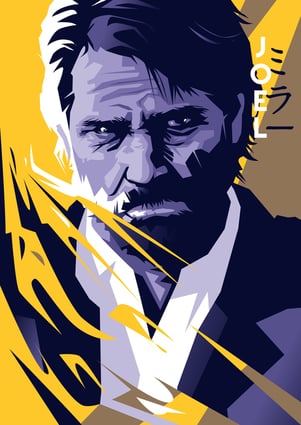 Uncharted & The Last of Us

When I heard the news that my favorite game studio, Naughty Dog, was working with directors to create an Uncharted movie starring Tom Holland and Mark Wahlberg and an HBO Series based on The Last of Us starring Bella Ramsey from Game of Thrones and Pedro Pascal from The Mandalorian, I was both excited and skeptical. Those are some of my favorite video games of all time because of Naughty Dog’s exceptional ability to tell a great story. 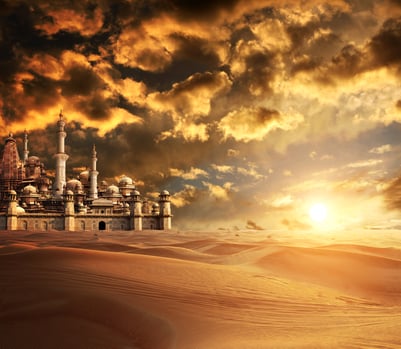 Uncharted follows Nathan Drake, a modern-day Indiana Jones-type treasure hunter, as he and his friends search for lost ancient cities, like El Dorado and Shambhala. Tom Holland will star as Nathan Drake and Mark Wahlberg will be Victor Sullivan, Drake’s long-time treasure hunting partner. The Last of Us will loosely follow the events that take place in the first game, as Pedro Pascal plays Joel and Bella Ramsey plays Ellie. The Last of Us takes place at the start and during a zombie apocalypse where Joel, an average survivor with past traumas, needs to take Ellie, a teenager with her own share of trauma and secrets, to an organization called the Fireflies who are looking for a cure. Uncharted is charted to hit theaters February 2022 and The Last of Us doesn’t have a defined release date, but should come out in 2022 as well. 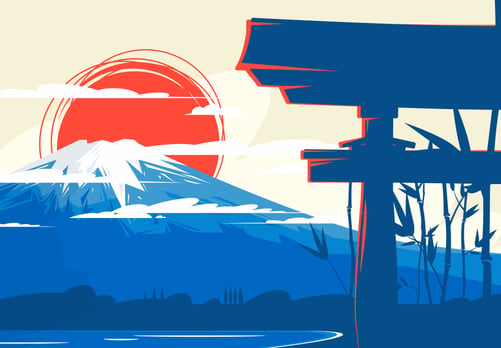 Another one of my childhood favorite game studios, Sucker Punch, created a stunning game last year called Ghost of Tsushima. The game is set in 1274 on a Japanese island that sits between South Korea and the south of Japan called Tsushima. The plot sees Jin Sakai, the last surviving member of his clan after the Mongols invaded and took over Tsushima, needing to make a choice to set down his samurai traditions for the way of the ninja in order to free his land from the Mongols.

Ghost of Tsushima was announced for the big screen this year with Chad Stahelski, the director of the John Wick movies, at the head of production. Not many details are available for the movie, but it should be slated to come out late 2022 or 2023. 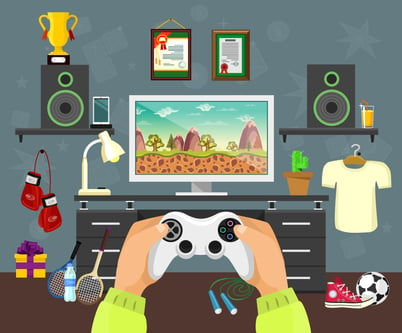 There you have it; these are the most exciting recent and upcoming movies and tv shows based off of popular video games. It is exhilarating to see video games like The Last of Us and Ghost of Tsushima get movie and tv show opportunities because in the past, video game movies shallow fighting, shooting, or monster games. Three other rumored video games that could be getting movie or tv adaptation are Borderlands, The Division, and Cyberpunk, three excellent games that could do well on the big and little screens. To see the movie and tv industries showing increased interest in video games is a great thing for everyone.

The Cost of Being a College Drop Out - Coastline College Blog

Saturday, June 6th is National Higher Education Day.   What better way to reflect on this day...

In an effort to raise awareness about sexual assault and its prevention, Coastline College...

“To be, or not to be,” that is the questionasked by William Shakespeare’s, Hamlet.  The...