What inspired you to get into teaching and specifically teaching about English?

I think I was always destined to end up teaching English. For as long back as I can remember, I've always been big into reading. I think a lot of people love reading when they're little kids, but somehow they grow out of it. I never did. I used to go to the library and check out Boxcar Children and Hardy Boys, and I would spend days at a time reading those books. Then, when I was a little older, I started to hear names like "Dickens" and "Shakespeare," and I knew on a deep level that I wanted to be someone who could read these giants of literature. 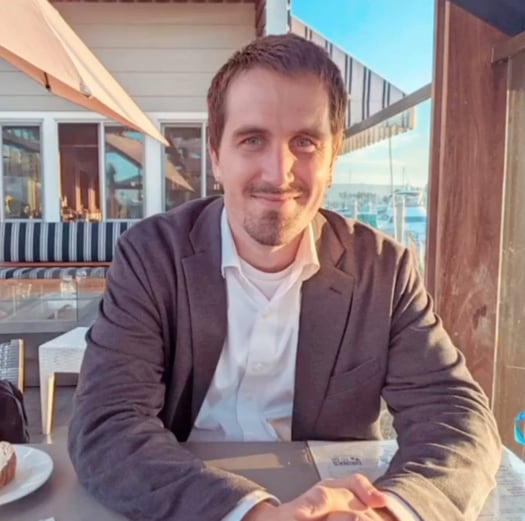 I must have been about 13 years old when I checked out my first Shakespeare play, Romeo and Juliet, from the library. I couldn't understand all of the language, but I could understand the plot, and that gave me the little window of interest that I needed. After that, I was pretty much insatiable when it came to classic literature. By the time I got to university, it just didn't make sense to major in anything other than English. It was also in university that I was really exposed to all of the different angles of English: grammar, composition, and literature that falls outside of the traditional western canon.

During my time at university, it occurred to me that I never wanted to leave the classroom. If I could make a living by reading, writing, and talking about English, well, wasn't that the dream? I also learned that if you can teach English, it becomes much easier to find jobs around the world. My first job out of university was teaching English as a second language in Japan. I lived there for four years before determining that I wanted to earn my master's degree and go into higher education. I look back fondly on my own college days, and I'm glad to be back in that environment.

What do you want students to know about your courses?

Something I really strive for in my courses is clarity. I try to explain everything very clearly, give some examples, and then list a few criteria by which each assignment will be graded. Another way to think about it would be simplicity: I try to keep the grading criteria down to just a few things, and I like to think that students can determine in advance what grade they're going to get if they just compare their own papers against the instructions and the rubric. The lectures, the prompts, and the grades are all very straightforward.

Second, since I keep things really clear for the instructions on each paper, I do have a high expectation that students will follow the requirements. For example, if I ask for a 4-page paper but receive a 2-page paper, then it can earn a little bit of credit, but it’s not going to pass. Similarly, if I ask students not to use any sources, just to make up some of their own ideas, but then I detect plagiarism in one of the papers, there's going to be a bad result for that student. I'm not strict or harsh by any means; I just expect people to follow the rules. 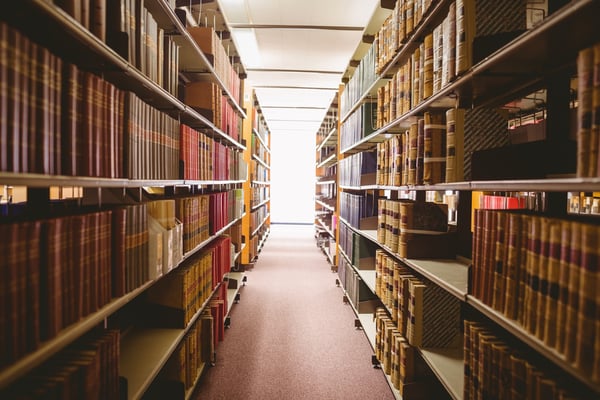 Other than that, I'm pretty easygoing, and I don’t try to make things harder than they need to be. I want everybody to succeed. And, if they follow my instructions, then they will.

What do you love about working at Coastline College?

The flexibility! Coastline is unique in all of the online and intersession courses it offers. Gone are the days when a college student needed to devote absolute attention to class, Monday through Friday. Those strict schedules interfere with so many people's lives and jobs that they essentially bar a lot of people from entry to college. Folks are stuck trying to find the occasional night class or weekend class while working a full-time job. The variety of classes offered at Coastline means that students can choose whether to come in for a traditional, face-to-face class or take the class asynchronously from home. They can choose a 16-week, 8-week, or even a 4-week class. Options are freedom, and I love that Coastline has so many options. 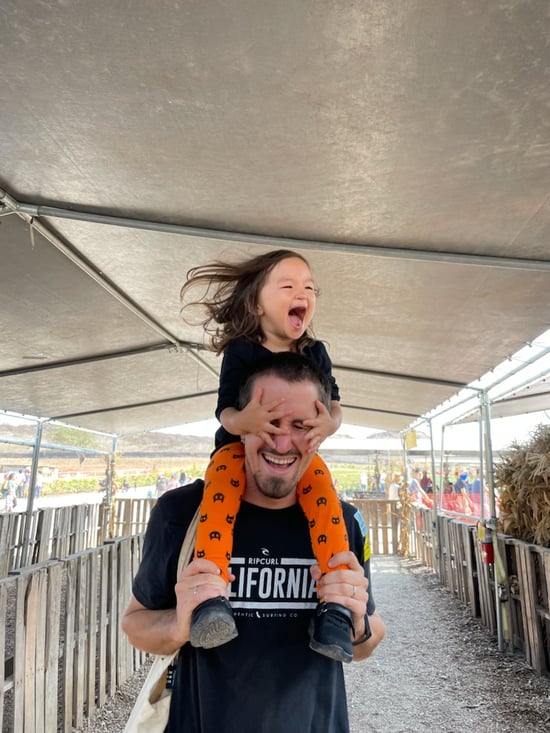 What are some tips for students who are English majors?

It might sound counterintuitive, but don't worry so much about your grades. Worry about your education and your experiences. I don't mean that you should blow off assignments or flunk out of classes, of course, but do make sure that you're getting the most out of your college experience, not just showing up to get a degree. If you have a choice between an easy class and a class that you're more interested in, take the interesting one. If you have a choice between a few extra study sessions versus presenting at a conference, go to the conference. Don't sell yourself short. This is the advice that took me a long time to figure out, but I’m glad that I finally did. The fact is that true education and meaningful experiences will get you further, both personally and professionally, than a couple of decimals' difference on your transcripts.

What are some of your favorite interests?

Aside from reading, a really big one for me would be travel. I first started traveling when I was 16, and I never really stopped. My favorite places would have to be Japan and Thailand. Those are the countries that I keep visiting again and again. I didn't used to like visiting the same place twice, because it almost felt like a waste of a vacation. As I age, though, and as I've been to more and more places, I start to associate memories and nostalgia with certain places, and there's something comfortable about returning to the same place you've been before. Visiting new places is like having a real adventure, and visiting old places is like reuniting with old friends. 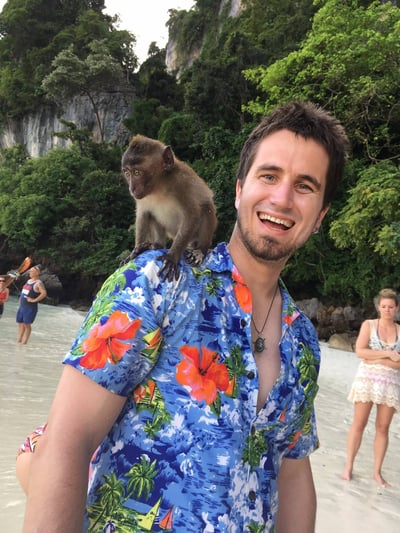 Another interest of mine is health and fitness. I cook a lot of my own meals, and my grocery list consists almost solely of "clean" foods: stuff that has only one ingredient. As for exercise, I dabble in a lot of different stuff. I'm not great at any of it, but the goal is just to stay active and healthy. I recently finished my first half marathon, which was pretty cool.

What was your birthplace?

I'm from Long Island, New York. I lived there until I was 5, at which point I moved with my family to Arizona. I lived in the general Phoenix area for most of my youth and have never been back to New York, although I would love to go visit New York City someday. I never had a chance to really appreciate it when I was young.

Where did you attend college?

I was a community college student at a place called Chandler Gilbert Community College back in Arizona. To be honest, I struggled a lot in my first year, but a few great classes and a few great professors kept me motivated to keep coming back. I transferred from there to Arizona State University, or ASU, where I got my four-year degree. After that, I took a number of years off to work and travel, building up some life experience. Eventually, I decided that it was time to go back to school, so I came here to California and got my master's degree in English at CSU Long Beach. 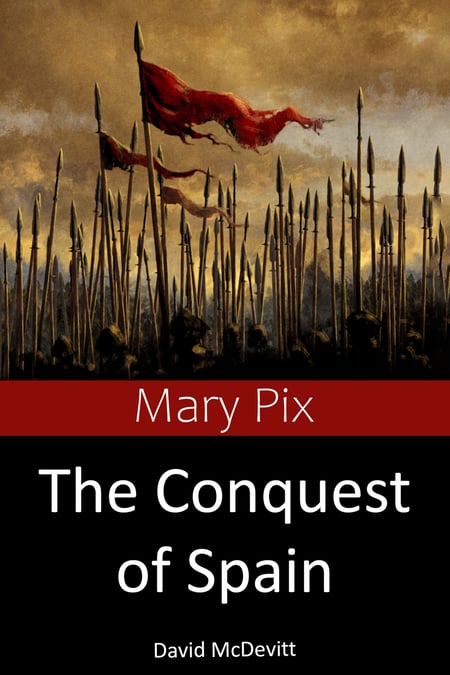 What can you tell us about the book you released?

Getting this book, The Conquest of Spain, out into the world was a passion project for me. It's actually a play that was first performed and published in England back in 1705. It follows the story of a noblewoman who is left in the king’s castle while the rest of the country is at war. The catch is that she does not trust the king or his men, whose care she is in, but nobody will listen to her concerns because they are not ready to go up against a king. The play has everything you could want from a tragedy: secrets, liars, betrayals, disguises, sword fights, and a rebellion.

The original author of The Conquest of Spain was Mary Pix. In her lifetime, not many women were professional writers in the sense of earning money for their work. Mary Pix was one of the early Englishwomen who earned a real living by writing plays. Knowing that the play was written by a woman living under a monarchy adds a lot of depth to the story and can raise some interesting questions about how to interpret it. Mary Pix was pretty popular back in her day, but she has somehow faded over the years, and The Conquest of Spain has been difficult to find in any kind of convenient format up until now. The reason I wrote this book, or edited it, rather, is because I couldn't find a really good copy of it anywhere else. I had to create one.

About the Teacher Feature Series

Coastline College enjoys the ability to show off their great professors! This week's teacher...