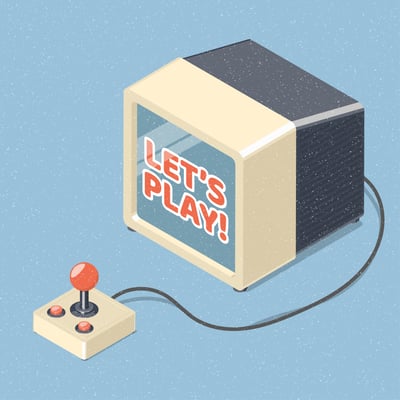 2020 was filled with surprises, to say the least. One of those surprises was the esports and video gaming community taking a blow. Many game’s release dates were pushed back or they were rush-released, leaving a mediocre product. In 2021, the games of 2020 will (hopefully) release, offering lush worlds to escape to. Without further ado, here is my top 10 most anticipated games of 2021!

Imagine if one day, when cleaning out your attic, you discover an old box filled with “deep-rooted family secrets, decades-old burglaries, (and) a lost treasure somewhere near the Canadian border”. My immediate action would be to take work off and go explore these long-lost mysteries. In Open Roads, you will be doing just that. From the producers of wonderfully colorful narrative games like Journey, Gone Home, and Kentucky Route Zero, Annapurna Interactive puts the player in the passenger seat on a familiar, yet uncertain road trip expedition. In this mother-daughter adventure, you play as Tess Devine, a wistful teenager coming-of-age, excited to journey together with her mom, Opal, to reveal past secrets and bridge new relationships. There are many things left unexpected from this game, but what I do expect is gorgeous scenery and storytelling, complex characters, and an amazing adventure.

America set in the 31st century is beautiful, yet daunting. Humans have reverted back to tribalism as mechanical dinosaurs roam the lands. Horizon Forbidden West, the sequel to Horizon Zero Dawn, finds Aloy, the nomadic huntress protagonist of the first game, determined to discover the mystery behind a life-threatening plague. I remember playing the first game and feeling the stomp of the distant brontosaurus-like Tallneck vibrating through my controller. As my urge of discovery pressed me forward, I peaked the ridge, gifting me with an unforgettable view of the Tallneck eloquently walking past fallen skyscrapers with overgrown foliage while mechanical vultures flew and deer-like machines scanned grass for fuel. If Horizon Forbidden West can deliver scenic feasts like I experienced from the first game (and I’m nearly positive they will since the new western environment of San Francisco and Eastern California lend themselves to beauty), then this game will be a success.

Similar to Open Roads, Goodbye Volcano High is a narrative game fixated on putting you in your feelings. As 2020’s tyrannical isolation bleeds into 2021, the games that I find the most comfort and joy from (if you couldn’t already tell from the list so far) are games that take me out of reality momentarily and place me in marvelous worlds that I can fully explore and get lost in. Goodbye Volcano High looks to play as one of those extraordinarily impactful coming-of-age movies or tv shows like The Perks of Being a Wallflower or Awkward. To add to the interest, all of the characters are human looking dinosaurs. As a fan of slice-of-life animes, high school nostalgia, and dinosaurs, I am very excited to see where this game takes me.

Whether you love, hate, or are indifferent to Star Wars, Star Wars in LEGO form is undeniably amazing (objectively speaking, of course). The LEGO Star Wars series has started and ended an era for me. With the first game coming out in 2005 (when I was 8 years old) to the newest game, which will span all nine movies, feature 300 playable Star Wars characters, and contain fully explorable hub worlds for each of the nine movies before missions to experience full Star Wars immersion. I remember playing through each and every LEGO series game I could get my hands on with my little brother, bonding over ever Minikit and “True Jedi” we accomplished together. Just watching the trailer for the new game gets me teary eyed thinking of how fast time has flew by. With the advancements in storytelling, technology, and gameplay, I’m sure LEGO Star Wars: The Skywalker Saga will be nothing less than fantastic.

Set in the world of some people’s fantasy and some’s nightmare, Dying Light 2 is the highly anticipated sequel to the adventure-survival-parkour-zombie slaying wonderland Dying Light. With an active day and (absolutely terrifying) night cycle, craftable weapons, and thrilling chases through a packed favela, its no wonder the first game was such a huge success. In Dying Light 2, the same recipe for success is applied to a new European urban environment with more role-playing decisions. These decisions, like turning the water back on for the city or keeping it for your own survival for example, will impact everything in the game ranging from the environment itself to the people and the infected. Hopping from car to car on a freeway crowded with a horde of undead or sliding under a garage door opening for a narrow escape from a swarm of runner zombies were some of my fondest memories with the first game. I am very excited for the promise of Dying Light 2, hoping it comes out in 2021 (cross your fingers!).

Maquette is a game best seen to be understood. As another game from the Annapurna Interactive team that made it onto the list, Maquette is a puzzle game with a seemingly endless scale to it. By moving, dropping, and manipulating objects in the central model of town, that same placed object is generated in your scale of the same town and every other town beyond it. Like I said, better visualized than explained. After scratching an itch I didn’t know I had from recently replaying the mega-famous puzzle game Portal 2 with my best friend online and more recently completing the mind-bending perspective puzzle game Superliminal, I’m looking forward to Maquette as my next backscratcher for my newfound puzzle game itch.

Every chance to return to the Gotham DC Universe is a chance I’ll gladly take. With the beloved predecessors of the Batman: Arkham series to live up to, Gotham Knights is taking the main hero (Batman) out of the spotlight and instead featuring four new playable characters: Batgirl, Robin, Nightwing, and Red Hood, each with their own unique play styles. From the looks of it, this game will play more like an RPG rather than an action adventure. The main differences there mean that instead of playing a character that periodically finds planned upgrades throughout the game, players will earn experience through branching quests, fights, and bosses to choose how they will level up their character. With drop-in, drop-out two-player multiplayer and the prospect of an RPG Gotham game, Gotham Knights will be incredible.

Deathloop is Groundhog’s Day, but with guns, eight evil villains, and a haunting assassin. You play as Colt trapped on the mysterious island of Blackreef. In the game, you have 24 hours to figure out how to end this time loop before it starts all over again. The key to ending the time loop rests in taking out the eight corrupt leaders of the island— only problem is, they are spread out all over the island and you only have one day to get them all together and get out of the loop. Oh, and to make things worse, every day you are being hunted by an assassin stuck in the time loop with you. From the creators of one of my favorite games Dishonored 1 & 2, I know Arkane Studios to produce exotic environments, jungle gym-like level designs, and powerful gameplay. Deathloop will not disappoint.

And at the top of my bias list is one near and dear to my heart, Ratchet and Clank: Rift Apart. I remember eagerly watching the PlayStation 5 reveal event when seemingly out of nowhere, one of my favorite game series that I thought was dead for good, graces my tv, reinstilling hope and humanity into my world. Ratchet and Clank is a series that I have played as a kid, with Going Commando and Up Your Arsenal in the early 2000’s to Tools of Destruction and A Crack in Time in the late 2000’s and early 2010’s. The world of Ratchet and Clank, for those of you who don’t know, has you play as Ratchet, a fury creature called a Lombax, and his side kick Clank, a talking little robot, thwarting evil all throughout the galaxy in equally humorous and dangerous ways. With each game consistently getting better weapons, characters, plots, and worlds than the last, I’m very optimistic about Insomniac Games returning to their roots to make another wild ride in Ratchet and Clank: Rift Apart. 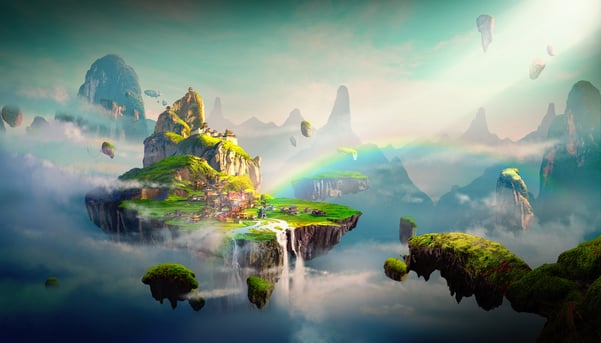 As mentioned before, 2020 was full of surprises. Hoping that 2021 isn’t a repeat surprise-fest, we should be bestowed with many very exciting games this year (some extras that didn’t make the list are Returnal, Mass Effect: Legendary Edition, Stray, and Hogwarts Legacy would be on this list, but it was already delayed for 2022 *crying emoji*). What games are you looking forward to that didn’t make my list? Hopefully 2021 can be a year of healing and self-improvement while we receive some well-deserved great games.

Esports Game Series: How to Get into Rainbow Six Siege - Coastline College Blog

Rainbow Six Siege may look intimidating at first, but after learning how to get into it, you’ll...

Esports Game Series Blog: How to Get into Valorant - Coastline College Blog

VALORANT is here and it is explosive! Here are all the basics you’ll need to know to dive in. ...