Congrats on finishing your Spring Semester! As Summer finally begins, let these fantastic summer-themed video games accompany you towards a sunny summer 2021! 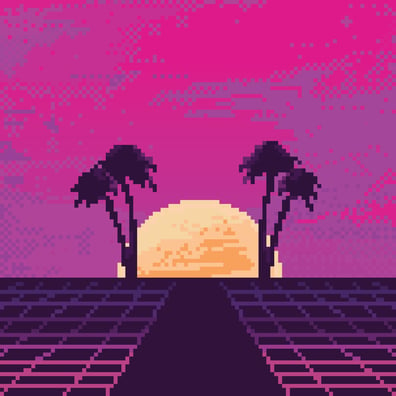 Fresh air at last! No more textbooks, no more assignments, no more sitting at your computer day in and day out. Summer is finally here and that means its time to get outside and enjoy the beauty of longer days with your friends. Even if you are taking summer classes, there is still time to enjoy an almost COVID-19 free summer! After you’ve hit the beach, gone camping in the wilderness, taken a stroll with your friends, or finished a road trip, these summer-themed games with pair perfectly with your special summer.

Uncharted is one of my favorite franchises of all time, but Uncharted 4: A Thief’s End is definitely the best entry in the series. Imagine a summer blockbuster movie where the main character, afraid of losing his adventurous edge to old age and normalcy, goes behind his wife’s back on one last treasure hunt to find a lost city of pirates. Uncharted 4 is that, but you get to play it and be involved first hand in every twist and turn throughout the story. With crazy car chases, epic historical discoveries, and explosive action in between it all, Uncharted 4 is the best summer game, period. Ahh, I could talk about it for ages— just go play it; its incredibly immersive, the places throughout the game are magical, its all just too good. Uncharted 4: A Thief’s End is available on PlayStation.

The Legend of Zelda: Wind Waker

Another truly summer-feeling game, The Legend of Zelda: Wind Waker is old but gold. As typical Zelda games go, you play as Link, but this time the world is almost completely covered by water and looks like a bright, pastel anime. The premise of the game is of course saving Princess Zelda, but you do it by sailing the vast oceans (accompanied by an unforgettably beautiful soundtrack) with the King of Red Lions, your talking boat. The level of leisure and adventure gained exploring each island scattered about the world is unbeatable. The Legend of Zelda: Wind Waker is rumored to come out on Switch, but for now is only available on GameCube and WiiU.

This game—like most games on this list—is a burst of nostalgia for me, but they’re still amazing games to pair with your summer 2021. Play the first level, City Escape, and tell me this is not going to be your favorite summer game. I’ll wait. You could literally just play the song that plays during the level, Escape From The City, and you’ll know how good this game is. Sonic Adventure 2 has players choosing to play the good or bad story line, playing as Sonic, Tails, Knuckles, Shadow, Rouge, and Dr. Eggman in the main story. Beyond that are extremely fun two-player game modes like Action Race, Treasure Hunt, Shooting, and Kart Race. And if that wasn’t enough, this game has an Animal Crossing, Pokémon-like mini-world where you raise little angel or devil creatures called chao. You feed them animals and powerups found in the main story to make them look different and grow stronger to compete in races and karate matches. Sonic Adventure 2 is ambitious and it all pays off as being one of the most fun summer games out there. Sonic Adventure 2 is available on PlayStation, Xbox, and PC.

Who doesn’t love classic Disney? Kingdom Hearts is Disney meets Final Fantasy mixed with its own story. Its simultaneously magical and convoluted, but nevertheless beautiful and fun. And without a doubt, Destiny Islands, the island where main characters Sora, Riku, and Kairi live will make you feel the warmth of summer and adventure. Although the beginning of Kingdom Hearts 1 holds a pure summer aesthetic, Kingdom Hearts 2 also has its own magical summer vibes in Twilight Town. All three Kingdom Hearts games are wonderful. If you’re looking for a story of light vs. darkness and the power of friendship, this is the game for you. Kingdom Hearts is available on PlayStation, Xbox, Nintendo, PC, and Mac.

I couldn’t recommend all of these great summer games and leave out Jackbox. Jackbox Party Pack games, if you haven’t heard of them, are collections of five party games that are fun for every age group and any party size, making it the all-around perfect summer party game. Jackbox games work by having all players play using their smart phones, making all the games universally friendly to any type of gamer. My favorite Jackbox Part Pack is 4 because the selection of games are all really fun. Fibbage 3 is a game all about making up fake answers to silly questions, Monster Seeking Monster is a speed dating game where you try to trick other monsters to go out with you, and Civil Doodle has all players drawing murals throughout the town. Jackbox games are always an absolutely blast and are perfect for the summer. Jackbox games are available on practically every platform. 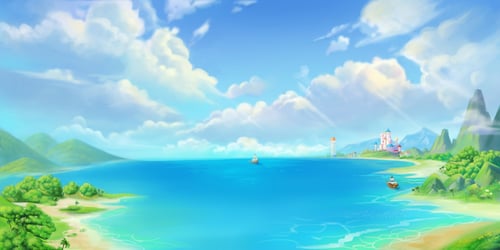 Make your summer a personal vacation wherever you go with these summer games. I mentioned them before in other blogs, but I would be remised to leave out A Short Hike and Alba: A Wildlife Adventure as two of the greatest summer adventure games you could possibly play. Whether you’re taking a break before summer classes begin or are looking for an extended breather before the fall semester starts up, these summer games will happily keep you company.

How to Receive Financial Aid for Summer Courses

Spring is here, but that means it’s worth planning for summer. Students who want to take summer...

There are so many good reasons why to take summer college courses.