What is toxicity in gaming? Who does it target? Who is the problem? What is the gaming industry doing to stop it?

Defining and understanding toxicity can be a bit complex. To me, toxicity is intentionally harming someone emotionally, mentally, spiritually, intellectually, socially, racially, or on any other basis of prejudice. Toxicity in online gaming is no different. Although because the anonymous nature of online gaming (and the culture of anonymity in our digital age in general) feeds into an unhealthy environment and culture through the lack of any serious consequences for toxic behavior, online gaming needn’t and shouldn’t be a place of insecurity, fearful nervousness, or uncomfortability.

In this two-part blog, I will attempt to provide basic answers to big questions to hopefully spark meaningful change and progression towards a safer, more virtuous online environment and culture. With the help of Coastline’s Title IX Representative Leighia Fleming, for starters, this part one blog will tackle what toxicity in online gaming is, what it looks like, who it targets, who and/or what the problem is, and what the gaming industry at large is doing to inverse this toxic spell. 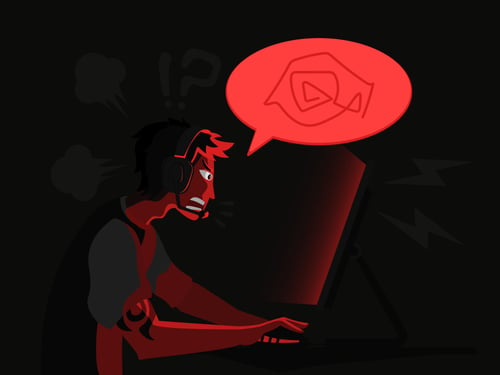 What is Toxicity in Online Gaming?

As briefly mentioned before, toxicity in online gaming covers any and all harmful language and actions. In conversation with Leighia Fleming, from her experience educating athletic teams, drama clubs, and even chess clubs about harassment, she acknowledges that for an esports club and for online gaming in general, “there is a lot more space” for toxicity to spawn and spread because there aren’t the physical “barriers of face-to-face” communication. This element of online interaction leads to an “increased abundance (for gamers) to be able to say and do whatever they want (which) they may not normally do if they were in person”.

Toxicity in online gaming looks the same no matter the game. Commenting on somebody’s gameplay in a jovial way is an acceptable form of trash talk; whereas saying somebody is bad at a game because of their sexual orientation, gender, or skin tone crosses the line into harassment. The tricky part of any competitive arena is finding the balance between healthy trash talk and harmful harassment.

When trash talk is taken too far in familiar sports, there are in-game ramifications. In soccer, players get a red card that eliminates them for the rest of the match. In hockey, players are put in a penalty box, leaving the team one person short for an extended period of time. I think most everyone knows where trash talk ends and harassment begins, but if there are no repercussions for toxic behaviors, then hate speech, sexual harassment, racial slurs, and other harmful atrocities are molded into acceptable trash talk when it shouldn’t be. Frustration happens, but remembering that your words carry weight is the first step in fixing the problem. 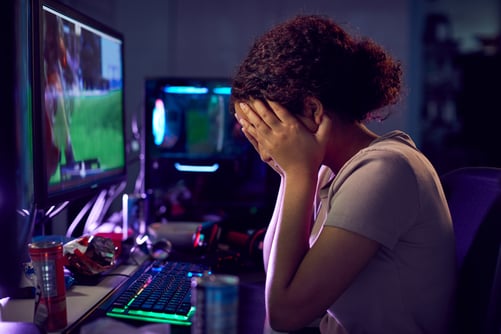 Who Does Toxicity in Online Gaming Target?

Some say “why don’t they just mask who they are when playing online so as to not get bullied?”. First of all, to request that somebody hide who they are in order to fit into a community tells you a lot about the community: that it is unaccommodatingly broken and in desperate need of repair. Second of all, picture yourself in their shoes. Imagine the excitement you feel picking up a new game, learning how to get good at it, progressing through the ranks. Now take that same scenario and imagine, before you can even start to feel that exhilaration, getting harassed for just being who you are.

Who and/or What is Causing Toxicity in Online Gaming?

Toxicity in online gaming again, like many other problems within our society, does not have one main power station pulsing out evil. Instead, there is a power grid of problems and just like weeds in a field, they need to be pulled out from the root in order to be stopped. Toxicity in online gaming is both inside the gaming industry and outside, in the community of gamers. 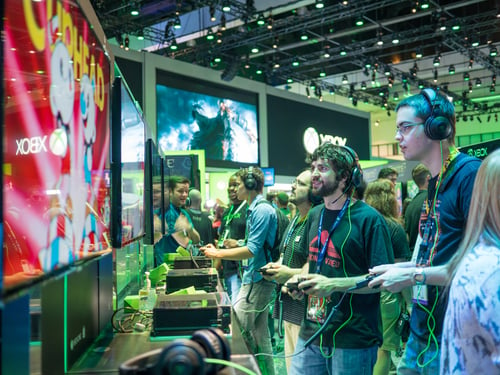 The toxicity that is rampant in the online gaming community can be seen as a never-ending loop. To illustrate it, let’s say that Michael is seven years old, getting his hands on his first online experience playing Call of Duty. Of course, Michael, being so young and inexperienced, isn’t going to be very good at the game. His teammates might make fun of his playing and take it too far, picking on Michael’s personality and insecurities. When Michael turns fifteen, he is experienced, reaching the top of the leaderboards. Suddenly, a random new player gets matched to his team who is much younger than him, and consequently isn’t very good. From what Michael learned when he was young, Michael verbally harasses the young player, trolling him, telling him he’ll never be good based on physical, mental, or social reasons. Thus the cycle continues. In order to break this cycle, mandatory education and substantial consequences need to be put in place against toxicity. To be expanded upon in part two of Toxicity in Online Gaming, Leighia Fleming notes that in order to change the culture and break the cycle, we need to “one, take inventory of our own actions … and two, be willing to hold other people accountable”.

What is the Gaming Industry Doing to Stop It?

From the beginning, video game marketing has focused on boys. Whether it was through misogynistic male protagonists or over sexualized damsels in distress, the past twenty plus years have been guiding and almost encouraging toxicity in online gaming through the games themselves. Thankfully, just last year (and projected years to come), female protagonists were at an all time high as the industry has begun recognizing their errors and work to tell better, more inclusive and diverse stories. But there is still a long way to go. With more and more gamers being women, people of color, and members of the LGBTQ+ community, video game products and marketing is well overdue for more equal representation. Hiring and working with more women, people of color, and the LGBTQ+ community to have their stories translated to fantastic video games will change the culture of toxicity. Better stories will be told for everyone to enjoy as a byproduct of worldwide inclusion.

Blizzard, the game company behind Overwatch, started implementing an in-game endorsement system for players which awards positive behaviors. This "reported a 40% reduction in overall toxicity in 2019". At Valve, the game company behind CS:GO, an auto-mute feature that triggers after a player has been flagged too many times for toxic language which disables that player's mic for a certain amount of games and an innovative AI named Minerva that scans for toxic messages during the game are both efforts to end toxicity in online gaming. Twitch is also making progress to stop toxicity with AutoMod which moderates harassment in chats and volunteer moderators. Although these various implementations do help in some way, they are only putting a band-aid over the real problem.

Since esports isn’t one game but a wide array of multi-genre games, implications to reverse toxicity will look different. As discussed previously, individual games can have specific ramifications just like individual sports. For instance, maybe if you are flagged with toxic behavior in Rocket League, that player’s maximum boost is reduced. Maybe in Rainbow Six Siege toxic behavior loses you a rank or you have reduced ammunition for an extended period of time. Maybe an optimistic view of the future includes all competitive online games registered with an all-inclusive organization that monitors each game for hate speech, like the NCAA for example. Whatever it is, implementing some sort of repercussion seems to be another step the gaming industry can take to end toxicity.

With a general knowledge of what toxicity in gaming is under our belts, the goal for part two of Toxicity in Online Gaming is to understand what we can all do individually to prevent it in order to change the narrative of the culture. As more information is discovered and distributed on this topic, may we continue to look outside of ourselves and learn to implement lasting change in a space that we all love.

One of the most successfully popular games out there! If you aren’t already, here’s how to get into...

The answer is no, but here are the three reasons why. Shutterstock