Welcome Back to Esports! Spring 2021

The Esports Club is active and ready for you! To newcomers and returners: Welcome Coastliners! 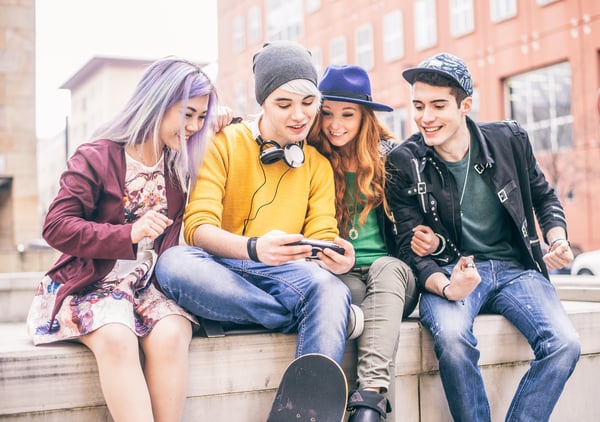 There is no better time to join the Esports Club. If you’re looking for a community of gamers, a place to join a competitive team, or find new friends to play Minecraft with, we welcome all to come join and be involved. 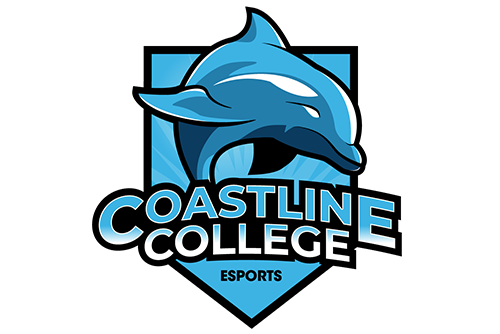 Everything took a hit thanks to the COVID-19 pandemic, as well as esports. But, because of esports’s online nature, communities like Coastline’s Esports Club are able to thrive and excel even in quarantine conditions.

Esports is on fire in the world today. In 2020, for the first time, global esports revenue extended beyond one billion dollars. While almost every other business fell in 2020 compared to 2019, the world of esports actually grew by twelve percent between 2019 and 2020, and is still on track to push up and past one and a half billion dollars in revenue in 2023. If you aren’t convinced to join Coastline’s Esports Club, check out my deep dive blog “Top 6 Reasons Why College Students Should Join the Esports Club” for exactly what you are missing out on by not joining the Esports Club. 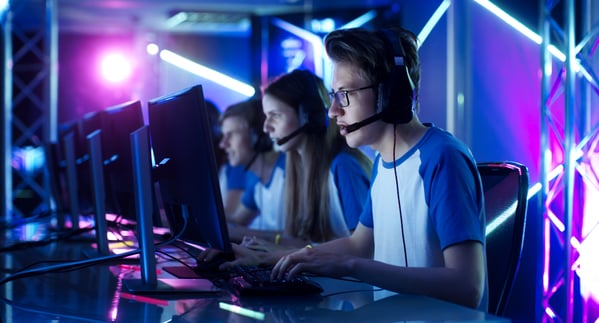 If your dream career isn’t being a professional gamer, no worries! It is not only esports players that are reaping the rewards of esports. In my “Top 8 Esports Jobs Besides Gaming”, jobs like software engineers, journalists, and digital marketing specialists are all careers that are needed as esports shoots for the sky. If you love video games and are looking for your like-minded tribe, Coastline’s Esports Club is the place to be.

In the Esports Club’s Constitution, it states the purpose as:

Coastline’s Esports Club has a culture of acceptance and fun. Everybody involved are college students that, while wanting successful careers in a variety of different fields, love playing casual and competitive games. Games like Valorant, Rainbow 6 Siege, Call of Duty, League of Legends, and Rocket League have sprouting teams that are just getting off the ground, making now the perfect time to join the Esports Club.

When asked why Esport Club members Sheila Do and Eduardo Suarez love Coastline’s Esports Club, they had a lot to say. Sheila Do (whose gamertag is Quokkasian), the Esports Club’s Secretary, said that she enjoys the “opportunities to experience esports at an institution”, “the community of gamers”, and “making connections with outside organizations we collaborate with” like Esports College & Career Pathways, for example. Eduardo Suarez (whose gamertag is 3clips321) concurred, saying he also enjoyed the budding community of gamers and the opportunity to get esports experience in an institution. Both of them said they enjoy the tight-knit community of people that are “friendly and always open to playing new games”. With Coastline’s Esports Club’s current size of around twenty (and growing) gamers, everybody gets to know each other and participate with one another on personal levels. 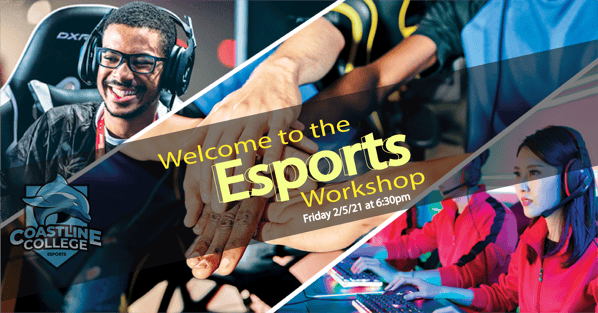 Just yesterday, February 5th, was Coastline's Esports Welcome Back Workshop. Three collegiate esports players, Atomic B, 2Fast, and Calvrix introduced themselves, instructed on specific esports games, and gave tips on how to become a better gamer.

Atomic B works as an esports analyst at Stephen's College and coaches at the Tier 3 level for Overwatch. She talked about different Overwatch strategies, including team character choices like: brawl, teams with high sustained damage and close combat attacks, spam, teams with high damage outputs and long range attacks, and dive, teams with high mobility and burst damage. Her advice to become better at Overwatch was to watch self VOD reviews (which is basically video playback of the games you play) to see why you failed, why you succeeded, and what you can do better. 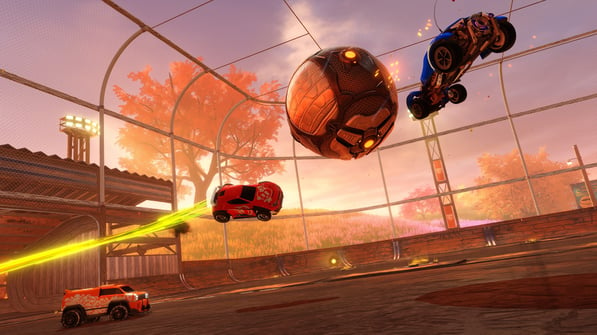 2Fast has been playing Rocket League since 2015. He has been competing at the Collegiate Rocket League level for almost two years now and plays for the University of North Texas. His team at North Texas frequently places 2nd place in the West Coast and, just recently, they won the CCA Winter Classic tournament. His advice to excited esports rookies was to "put yourself as a player" against people that are better than you, and to "be confident in yourself" that you can beat them.

Calvrix was the last guest, talking all about Rainbow Six Siege. She is a Senior at Carnegie Mellon University and is a business manager for Collegiate Esports Association. In our workshop, she showcased her skills by playing a 2v2 game of Rainbow 6 Siege with Coastline's Esports Club's very own Quokkasian, 3clips321, and Mr Withered. Her advice for players looking to learn and get good at Rainbow Six Siege was "the more you die, the more you learn". 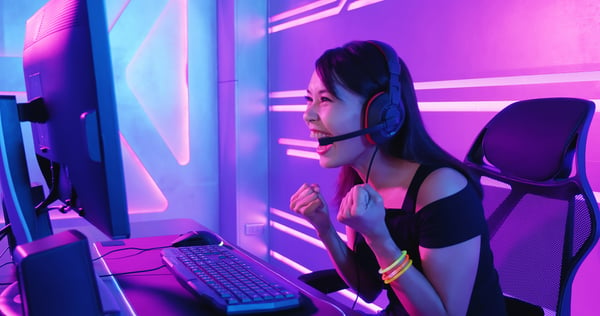 Professor Stephanie Bridges has been excited about video games ever since she can remember. Her entry into video games were the open world fantasy games World of Warcraft and Star Wars: Knights of the Old Republic, which soon grew to more competitive esports games like DOTA 2 and League of Legends. Esports has been a large part of her life, as she recalls “my husband and I play DOTA 2 together, and when we met, we bonded by playing League of Legends, Hearthstone, DOTA 2 and watching twitch streams of our favorite games”. She is adamant on creating “the same opportunity to build a community (that) traditional collegiate sports” have through Coastline’s Esports Club.

When asked why Coastline’s Esports Club is great, Professor Bridges quickly responded, “the club members make the club great!”. In the Esports Club, members can find “a community who will help them become better gamers and who will support them”. Professor Bridges remarked that “the support the students offer each other is crucial during the pandemic when we aren’t on campus or seeing our friends and family outside of school”. Coastline’s Esports community is a community of friends. Along with all things gaming, the Esports Club offers “academic support” as club members are actively “working on setting up study hall sessions”, because student success lies between carefree fun and academic diligence. 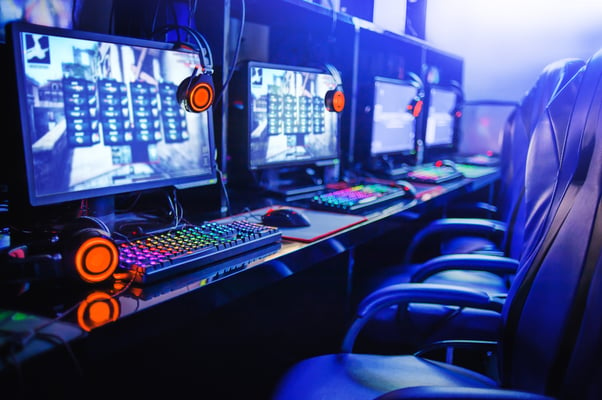 Again, welcome back Coastliners! We are excited for you to be a part of our esports gaming community! Start your year off right by joining Coastline’s Esports Club, where entertainment, social, and academic success await you.

Esports Game Series: How to Get into Rainbow Six Siege - Coastline College Blog

Rainbow Six Siege may look intimidating at first, but after learning how to get into it, you’ll...