To celebrate Women’s History Month, let’s spotlight women in gaming; the good, the bad, and the ugly.

Video games aren’t only for the boys— they’re for everyone. In an industry all too familiar with sexual harassment, sexism, and trolling, finding a safe space to enjoy your favorite video games as a woman has been nightmarish. Fortunately, with a rebirth of female video game protagonists and women speaking out about their experiences, making change both in the industry and in online circles, the culture of video games will change from a "no girls allowed", all boys club to a harmonious, welcoming environment for all.

The stereotypical consumer market for video games is no longer teenage boys. With a growing 46% of gamers being female, it is high time women are accepted completely, meaning leaving the harassment and sexism in the dust. To celebrate women, especially during Women’s History Month, here’s a highlight of women in gaming!

First things first, I obviously don’t have the credentials to speak on behalf of female gamers because I am a male. But hey, even I, a middle class American white male with more privileges than I can count, don’t like playing online unless it’s with my friends because of the rampant toxicity. With that knowledge, I know it is a thousand times worse for female gamers. Here’s what it looks like to be a female gamer from the perspective of some of my female gamer friends. 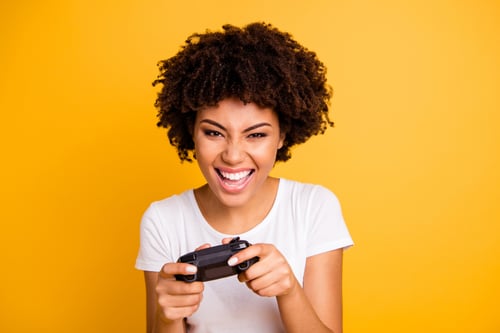 The Coastline Esports Club’s president Sheila Do admits that “playing in a male-dominant culture is challenging because some males don't think females are up to the challenge” which makes getting good at a game discouraging. She wishes for a world where females can play online video games “without having to deal with players who are toxic or would try to hit us up just because we are gamer girls”. When experiencing male toxicity, the ultimate goal of all video games, i.e., to have fun, is tainted. In order to tip the scales back to equal for women in the gaming world at large, Sheila Do suggests to “promote female players as much as male gamers” both in “the foreground and the background”.

Side by side with Sheila Do’s comments, Professor Bridges expressed that “not only do you have to work harder and be better to be accepted, but your position is always tenuous. One mistake and you can lose your credibility. Or, you get too good or too popular, and someone attacks your gender”. Constantly being judged because of your gender when playing video games needs to change. Professor Bridges, while acknowledging the crushing perplexity of how to change the gaming culture for good, adds that, because “representation matters, … the most effective way to begin to change the space is to begin to change the games and the characters within the games”. As women's appearances in games focuses less on what is sexy and more on personality, motivations, and other dynamic qualities, more women will join gaming communities and men will begin to shift their view on women more towards diverse people, instead of one note characters or, at worst, objects. All of this will ultimately lead to much needed change that “like all change, is slow and painful”, but steps in the right direction nonetheless. 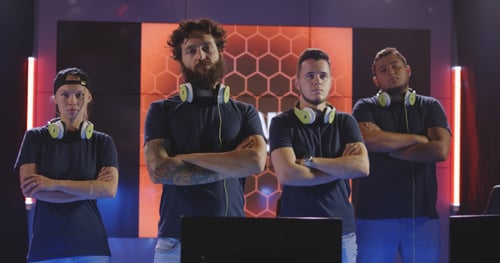 2. Lack of Women in Esports

Since video games are relatively new, defined male and female leagues have not been established like traditional sports such as the NBA and the WNBA. Because of that, these online environments can become breeding grounds for hate speech and bullying. This is the current state of online gaming and esports specifically because of the online aspect. As almost everybody knows, cyberbullying, saying whatever cruel thing one wants on the internet because they are anonymously hidden behind a screen, is a rapidly growing cancer in the 21st Century.

With all that in mind, you can imagine the laundry list of pro’s and con’s for creating all-female esports leagues. Whether that is the case or not, what needs to change is how we treat each other. While getting worked up and aggressive during an intense game isn't a characteristic special to esports, as almost every other sport under the sun can attest, sexism, sexual harassment, and abuse is a link in online gaming and esports that needs to be broken.

There are safe havens for women to go in order to find an online gaming community. Places like womeningames.org, Black Girl Gamers, or the Girl Gamers subreddit are all safe spaces for women to get together and bolster the community of gaming together. Organizations like the Girl Gamer Festival host female-only esports tournaments which boost female gamers’ spotlight and give the rising generation of female gamers a light to look to. With all of these efforts and more, the future of women in gaming is looking up. 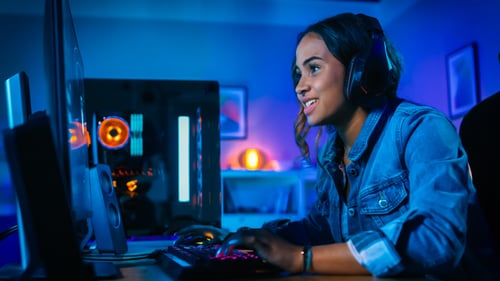 From the well-known example of the uncomfortably oversexualized old Lara Croft look to the new attractive, yet confident, functional, and independent look, there is a lot to cover. Let’s look at where women in video games were, how far they’ve come, and where they still need to go.

Revolutionizing esports in a positive way, women are coming together joining collegiate and professional esports leagues. More females are needed in the booming business of esports, with only thirty five percent of total esports gamers being female. In response, Gen.G, the sixth most valuable esports organization in the world, has formed one of the first all women Fortnite teams. Cloud9, an LA based esports organization currently ranked twelfth for highest all-time winnings at $10 million, is also making headway by having one of the first all women Valorant teams. Both of these prestigious organizations are pioneers paving a way forward to make online video games more inviting and less toxic for women. 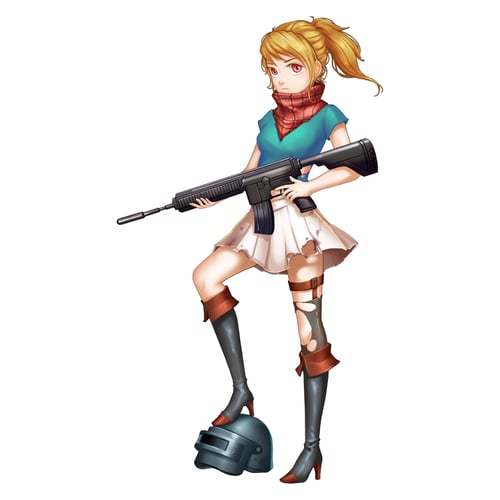 Just last year, female video game protagonists jumped from a constant two to nine percentage representation to eighteen percent, which is closer to the male protagonist percentage than ever before. That may not seem like a big number, but discarding the percentage of video games that allow their players to choose their character’s gender, which consistently makes up about fifty to sixty percent, what remains is only a five percent different, and I think it will only get better for female representation.

Most of my favorite video games feature female leads, like The Last of Us II, Horizon: Zero Dawn, NieR: Automata, Control, Mirror’s Edge, Portal, and, most recently, Call of the Sea. And that is excluding games with the option to choose either a male or female protagonist. A look into the future release of 2021 games shows Returnal, Ratchet and Clank: Rift Apart, Deathloop, The Medium, Kena: Bridge of Spirits, and Goodbye Volcano High, just to name a few, all featuring female protagonists. Stories with female protagonists bring refreshing storytelling and equal representation to video games, which are much needed things in order to keep video games fun, exciting, and accessible. 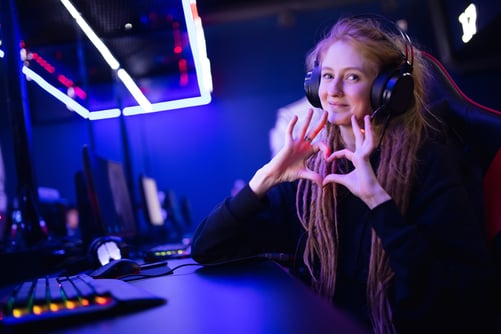 When it comes to fixing the issues surrounding women in gaming, there is no one stop shop. The best we can do is promote female gamers, push well written female protagonist stories, and as men, stop being creepy and mean. What makes video games great is the co-ed perspective of both men and women. The next step for gamers is to focus on positive equality for all. Catch Calvrix and Atomic B at Coastline’s Esports Club events coming up to support female gamers!

Esports Game Series: How to Get into League of Legends - Coastline College Blog

League of Legends is a beast of a game. Learning the basics is relatively straightforward, but...

Nothing beats a good, stress-free video game. For Stress Awareness Month, here are my favorite...

Tradition has it that video games aren’t good for your health. Contrary to that, scientists say...